Dinosaur names beginning with D contain some very famous dinosaurs indeed, some are even movie stars. Here you will find dinosaurs like Diplodocus, Dilophosaurus, Dreadnoughtus, and Deinonychus along with many others.

There is even an animal here that while not a dinosaur, did make an appearance in Jurassic World Dominion, so we have included it for nostalgia / it looked cools sake! The dimetrodon.

Daanosaurus was a large sauropod dinosaur, similar to a brachiosaurus ( long neck) that lived about 16 to 14 million years ago. There are no estimates for fully gown size as the fossils found in 1990 and described in 2005 were from a young dinosaur.

Dacentrurus was a stegosaurus family dinosaur from the early (very early) cretaceous period. It lived 154 to 140 million years ago which puts it between the late jurassic and early cretaceous.

It was originally named omosaurus in 1875 but had its name changed in 1902 as the name omosaurus was already being used for an early crocodile.

Daemonosaurus was a carnivorous dinosaur that lived 205 to 201 million years ago in Mexico. It was found in the 1980’s.

Is a dinosaur found in what is now Madagascar. It lived during the Cretaceous period 94-89 million years ago and was discovered in 2010. Although its name means small thief is has been estimated to be from 11 to 18 feet long.

Dakotadon is a family member of the larger iguanodon dinosaur from South Dakota. it was first classified in 1989 and lived during the Early Cretaceous about 110 million years ago.

Dakotaraptor, like its neighbour Utahraptor, was one of the largest raptors ever to live. ((dromaeosaurs) it lived in the Late Cretaceous Period 66 million years ago.

Daliansaurus was a troodon (biped carnivore) dinosaur small in size from the early Cretaceous period about 126 million years ago. It lived in China along with Sinovenator and Mei. It was similarly small at about 1 metre long ( 3 feet long)

Daspletosaurus was a member of the tyrannosaur family from The late cretaceous period of the North America. It was discovered in 1921 and was a large predator at up to 30 feet long and 2500 kg ( 5000lbs +)

Datanglong was another carnivorous dinosaur. Dinosaur names beginning with D have a lot of carnivores! This one was a member of the carcharodontosaurus family that lived 125 -112 million years ago.

was a herbivore dinosaur living during the late cretaceous period 99-80 million years ago. it was discovered in 2008 andis only known from jaw and tooth fossils.

datousaurus was a 49 feet long sauruopd from China. it was discovered and named in 1984 and lived during the Middle Jurassic about 166 – 162 million years ago.

Unfortunately for Charles Darwin this dinosaur is now classified as Hypselospinus. It was an iguanodon dinosaur from the Late Jurassic 140 million years ago. it name

Only two huge arms were found in 1965 both with 8 inch long claws on the end. it took till 2014 for more complete fossils to be found and to give some idea of what this dinosaur looked like. Which turned out to be quite strange.

It was a member of the ornithomimosaurian dinosaurs – ostrich mimics – but really did not look like any others of the family. It was huge at up to 11 metres , 36 feet long and could weigh 14,000 lbs ( 6300 kg) its arms are the longest of any known bided dinosaur at 2.4 metres (8 feet long!)

May have been a tyrannosaurus family member form montana. there were the first ever fossils of a tyrannosaur and were found in 1856, it is likely these teeth were actually those of gorgosaurus.

It would have lived 77 million years ago.

it had shape teeth and is the actual dinosaur the Jurassic world and park velociraptors are based on. Although no skin fossil have been found it thought to be feathered like other members of the raptor family. It lived in the Early Cretaceous about 115-108 million years ago.

It now found to be an iguanodon which you can read about here.

Delta dromeus was a theropod dinosaurs from North Africa that lived about 95 million years ago. It was discovered/ described in 1996.

Demandasaurus was a sauropod that lived in Spain about 125 million year ago. It was first named in 2011.

Dicraeosaurus was a diplodocus type sauropod ( long neck dinosaur) from Africa. it lived in the Jurassic Period 155-150 million year ago. it was discovered in 1914.

Dilong was an early family member of tyrannosaurus. it lived in what is now China 126 million years ago during the early cretaceous period.

It was much much smaller than its later cousin and would have been 2 metres long. The fossil found was a juvenile and about 1.6 metres (5 feet) It also had protofeathers covering its body.

Dilophosaurus is famous for its appearance in jurassic Park and more recently in Jurassic World dominion taking care of both the “gene thief’s” in each movie. However as we explain in more details here it looked very difference in life than in the movies.

It was about 7 metres ling ( 23 feet) and lived in the early Jurassic Period about 193 years ago. this makes it both an early predatory dinosaur and a large one. it was discovered in 1942.

Diluvicursor was a bipedal herbivore dinosaur than lived in Australia in the early cretaceous period 113 -122 million years ago.

Dimetrodon is not a dinosaur, but is looks a lot like one and appears in the Jurassic world Dominion movie briefly in the amber mines. It was older than the dinosaurs by at least 30 years and was a synapsid. You can learn more about it here and on our site page.

Dinheirosaurus was a diplodocus like sauropod ( long necked dinosaur) found in portugal. it was discovered in 1987.

Diplodocus was a famous sauropod that lived In North America in the Late Jurassic Period 154-152 million years ago. They could be 79 -85 feet long (24-26 metres) with long necks and tails.

Dollodon is now known as Mantellisaurus, and was a small iguanodon type dinosaur.

Dongbeititan is another sauropod on the list of dinosaur names begin inning with D. There are quite a few! It lived in what is now China during the early Cretaceous period 125 million years ago.

Draconyx Was a herbivore dinosaur from Portugal. it lived during the Late Jurassic about 150 million years ago. and was found in 1991.

it was about 3.5 metres long and bipedal (two legs)

Dracopelta was an ankylosaur type dinosaur with armour. it lived in Portugal 152 – 145 million years ago.

DracoRex is now thought to be a junior pachycephalosaurus along with Stygimoloch. Which is a shame as the two of the has the coolest dinosaur names! Dracorex may have been omnivorous as it had both canine teeth and flat teeth for grinding plants. you can read more on the link here and below.

Dracoraptor is the oldest known dinosaur to be found in what is now wales. it was a therapod carnivore that lived 200 million years ago in the Jurassic period. It was discovered in 2014.

it is estimated to be about 2 metres long.

Dracovenator was a very early carnivorous theropod from the early Jurassic about 201-199 million years ago. It lived in south Africa. It was between 18-21 feet ling and may have weighed up to 900 lbs.

Dravidosaurus has been classified as both a stegosaur and a plesiosaur ( marine reptile with long neck) however it is now thought to be a stegosaurus relative and one of the latest members of the stegosaur family. It lived in the early Cretaceous period about 90 to 84 million yeas ago. .

Dreadnoughtus was one of the dibbest ever dinosaurs, and even a contender for the largest from full or almost complete remains. Being one of the alrgest you can work out it was a sauropod.

it lived about 76 to 70 million years ago in Argentina, and was discovered in 2005. As with all of these super large sauropods ( long neck dinosaurs) there is constant arguments about the length and weight of the dinosaurs. So the estimates for Dreadnoughtus . size vary. however it was thought to be over 100000 lbs in weight ( 49,000 Kg) and over 85 feet long.

Drinker is named for the famous paleontologist Edward Drinker Cope It was a 2 meter long Jurassic herbivore that lived about 200 million year ago.

Dromaeosauroides was a dromaeosaur dinosaur 9 raptor Family) that lived in Denmark. it was alive during the Early Cretaceous 140 million years ago. It is estimated to be up to 3-4 metres long (10-13 feet)

Dromaeosaurus is another dromaeosaur dinosaur this time form Canada about 80-69 million years ago. It was first discovered in 1914.

It was about 2 metres ling and about 33 lbs in weight ( 15 kg) It was likely feathered and would have had the famous raptor claw on each foot.

Dromiceiomimus was a fast running dinosaur from what is now Canada, It lived 73-68 million years ago in the Late Cretaceous period and was named in 1972. It would have been about 3 metres long.

It may be another name for ornithomimus but that has not been universally accepted yet.

Dryosaurus was an iguanodon type dinosaur that lived in the late jurassic period about 155-145 million years ago. They were quite small at 10 feet long and about 100 lbs in weight 9 45 kg) The only fossils found though are juveniles.

Dubreuillosaurus is a megalosaurus family member from the Middle Jurassic Period 168 million years ago. It was discovered in 1994 in France

it was about 5 metres long (16 feet) though an adult fossil has not been found and it may have grown to 30 feet.

Duriavenator is another megalosaurid dinosaur from England. it lived in the jurassic period about 168 million years ago. and was discovered ( though assigned to megalosaurus) in 1882. It was reclassified in 2008.

Dynamoterror has a very cool name. it means powerful terror. it was a tyrannosaurid dinosaur from the late cretaceous period in New Mexico.

Dyoplosaurus is a family member of the ankylosaurus and was armored. It was discover in 1919 in Canada.

Dysalotosaurus was an iguanodon family member from Africa ( tanzania) Thousands of fossil shave been found and they may have all died at the same place at the same time.

Dyslocosaurus was a sauropod dinosaur from North America. It was discovered in 1963. it name makes reference to they are not sure what period / location it comes from.

Dystrophaeus fossils are very fragmented. It is known it was a sauropod dinosaur from the Late Jurassic period about 154 million year ago. it is estimated at 25000 lbs – 12000 kg.

Dzharatitanis was a sauropod from uzbekistan and lived 92 to 90 million years ago. It was discovered in 1997. 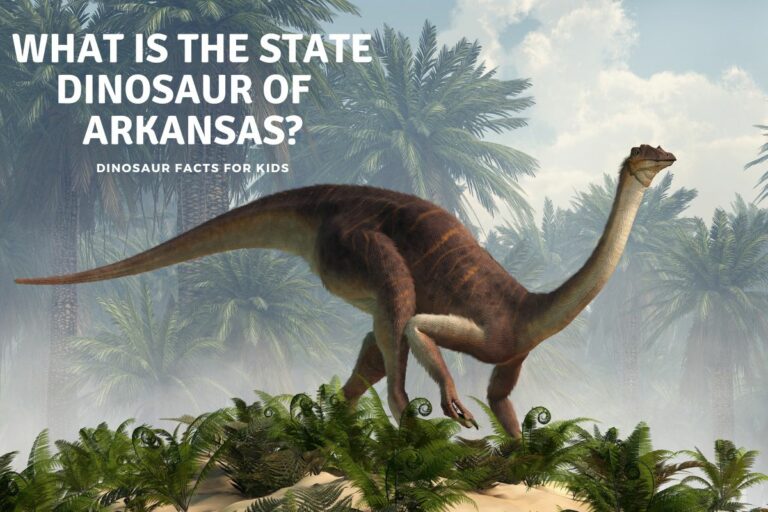