Diplodocus was for a long time the biggest, longest and tallest dinosaurs people knew about, it has been out sized as years have gone by but diplodocus was often the first look at the super massive dinosaurs people ever got and it holds a special place in a lot of people’s hearts just for that reason. We have some diplodocus facts for you below to learn more about this most amazing of dinosaurs.

For a long time there was a skeleton in the entrance to the Natural History museum in London of a diplodocus, it filled the entire hall, and even started in a movie (an old one called one of our dinosaurs is missing) When i first stood underneath its massive long neck i knew i wanted to know more. So here is what we have learnt! In 25 facts about the Diplodocus for you .

The average length of Diplodocus was around 85 feet (26 meters), but some individual dinosaurs may have been more than 100 feet

The neck, which was around 24 feet long, and the tail, which measured up to 46 feet long, accounted for the majority of this length

Diplodocus weighed only about 11 tones, making it one-eighth the weight of fellow sauropod Brachiosaurus, quite slim for a Sauropod!

It was one of the slower dinosaurs, walking on all four legs and laying its large feet flat on the ground, similar to a modern elephant

Diplodocus was a giant herbivorous (plant-eating) dinosaur that lived during the late Jurassic period in North America.

Diplodocus lived during the Late Jurassic period, between 161.2 and 145 million years ago.

You can say diplodocus 2 ways! You can say it like this. ‘duh·plo·duh·kuhs’ or like this
“dip -low-doh-kuss”

1: How big was the Diplodocus?

The average length of Diplodocus was around 85 feet (26 meters), some individuals may have grown up to 100 feet. The neck, which was around 24 feet long, and the tail, which measured up to 46 feet long, made up most of its body.

2:  How heavy was the Diplodocus?

Diplodocus weighed only about 20,000lbs which sounds like a lot but made it only it one-eighth the weight of fellow sauropod Brachiosaurus and one-third the weight of Apatosaurus, both of which are members of the Diplodocidae family.

3: How long was the Diplodocus?

Diplodocus is a sauropod dinosaur from North America’s Late Jurassic period. Diplodocus is one of the Morrison Formation’s most common sauropods (long-necked dinosaurs). It grew to be 86 feet (26 metres) most of this was the tail!

4: How tall was the Diplodocus?

The diplodocus neck could be 24 feet (7.3 metres) long, and the tail, which measured up to 46 feet (14 metres) so if it raised its head diplodocus (not all the way it couldn’t do that) could be over 5 metres tall!

5: How big was the diplodocus head?

6: How Fast Could the Diplodocus Run?

It was one of the slower dinosaurs, walking on all four legs and laying its large feet flat on the ground, a bit like an elephant. It traveled at a pace of 5 to 8 miles per hour (8 to 12kph). They couldn’t run quickly because of their large legs and bodies. However if scared it is possible for a short period it might have moved a little faster.

7: Was the Diplodocus the longest dinosaur?

Based on the virtually complete fossils. Diplodocus was the longest dinosaur that ever lived. Other species, like as the Supersaurus, may have been longer, but their bones are incomplete, and their actual body length is uncertain (it is calculated based on the rest of the skeleton). Although the title of longest dinosaur may slip from its grasp soon it still ahs the longest tailed dinosaur title!

8: What Did a Diplodocus eat?

Diplodocus was a giant herbivorous (plant-eating) dinosaur that lived during the late Jurassic period in North America. Sauropods, are herbivorous, Its diet was most likely made up of the leaves and cones of trees that grew in the Jurassic era. there were animals with long necks that ate meat, but these were the swimming dinosaurs called plesiosaurs (actually a type of marine reptiles)

9: How long was a Diplodocus tail?

Diplodocus possessed a long neck (up to 21 feet) and a long tail that could be 46 feet long! that is almost half of its body! that acted as a counterweight to the rest of the body. the tail may have been so long to balance its neck, but also might have been used to hit other dinosaurs, or act as a warning.

Diplodocus was alive during the Jurassic period around the same time as the Allosaurus and Ceratosaurus which where predators large enough to consider the diplodocus as prey. Especially if more than one of them.

11: What Movies Have Featured a Diplodocus?

Two Diplodocus were seen only at the beginning of the movie.

The Diplodocus is first seen in the film eating with the other herbivorous dinosaurs.

Other movies include walking with dinosaurs, the land before time and the land that time forgot have featured a diplodocus. One of the older movies was an old movie from the 1960’s called One of Our Dinosaurs is Missing (they actually say it is a brontosaurus but if it’s the dinosaur in the museum it was a diplodocus!)

12: When Did the Diplodocus become Extinct?

Diplodocus lived between 161.2 and 145 million years ago, no fossils have been found younger than that yet.

13:Could the diplodocus swim?

No, they couldn’t swim due to their huge body mass and their big size. It was likely more water pressure on their big body that would cause a problem rather than not being able to swim though.

14: What does the name Diplodocus Mean?

Diplodocus names means “Double Beam” it was named this by paleontologist Othniel C. Marsh in 1878, It is Greek and means: “dipoles,” which means “double,” and “dukos,” which means “beam.”

15: How long was a Diplodocus neck?

Diplodocus had a really long neck! it which measured about 24 feet (7.3 meters) long, however as we mentioned the tail was even longer at up to 46 feet long! That is still the longest tail ever in an animal ( so far)

16: Was Diplodocus Warm or Cold Blooded?

it is thought that most dinosaurs, including diplodocus, were warm blooded in some way, the energy they need to move would be so much that cold blood would not help them that much. Even if they were as big as a diplodocus!

Do you want FREE Dinosaur Coloring pages? Check out this page if so.

17: How Much Does a Diplodocus Skeleton cost?

While the art market revolves on well-known painters, dinosaur sales revolve around celebrity species, with a tyrannosaurus rex skeleton fetching up to $30 million, albeit the velociraptor is the most valuable but not often for sale. A triceratops skeleton could cost up to 8 million US dollar! while a diplodocus skull costs between $570,000 and $1.1 million.

Diplodocus had peg like teeth, it is thought as they are often found very worn down, it is thought that they used them to strip branches in trees to get to the leaves. Biting the branches wore the teeth down quite quickly and diplodocus could replace teeth every 35 days!

Diplodocus would have probably needed about 600 lbs of food every day to live. That means it would have to be eating for a lot of the day!

19: Did the Diplodocus lay eggs?

it is thought that most if not all dinosaurs reproduced by laying eggs, so diplodocus would also likely have laid eggs. The eggs of other sauropod dinosaurs like diplodocus have been found as well. You can actually own these for only a few dollar.

20: Where can you find Diplodocus Fossils (Where were they discovered)?

The first Diplodocus fossil was discovered in 1877 by Benjamin Mudge and Samuel W. Williston

Most Diplodocus fossils have been discovered North America, especially in Colorado, Montana, Utah, and Wyoming,

21: How Long Did a Diplodocus Live for?

It is thought that the larger the dinosaur the longer it lived, which is true to some degree but only roughly. It is thought large sauropods could live to 70-80 years old if not bothered by predators of course!

22: Was the Diplodocus Smart or Clever?

Diplodocus was not going to be top of the class unfortunately. It had a really small head at the top of that long neck, which had inside a really small brain when compared to other dinosaurs, and frankly most other animals. However, as we mentioned in our Stegosaurus article here, it wasn’t bottom of the class either.

23: Who discovered the Diplodocus?

The Diplodocus was first discovered in 1877 by S. W. Williston. It was described one year later by Othniel Marsh. Which also who named it.

Diplodocus despite being the same family as the much bigger brachiosaurus was very different looking. its hind legs were longer than its front legs, whereas in the brachiosaurus it was the other way around. this ut its head closer to the ground, and its tail, that massive 46 feet long tail, waving about in the air!

25. Diplodocus is actually a tricky dinosaur name, mainly as it can be said two ways depending who you are talking to and where you are in the world. we have both the ways to say it here. “Dip – low – Doh -kus” or “Dip – lod – uh – Kuss”

Using either way will be understandable, but be prepared to get corrected no matter what!

Diplodocus although no longer the largest or biggest dinosaur anymore still was a huge animal, it brought dinosaurs into the mainstream and captured a lot of people’s imaginations. it still has a claim for the longest. provable, dinosaur but even if this isn’t the case it is still rightly a very popular dinosaur. Hopefully our dinosaur facts have helped you learn a little more about the diplodocus.

We have loads more facts and answers to your dinosaur questions on the site, so feel free to browse ro search for your favorite dinosaur! There are dinosaur coloring pages, fact sheets and much more all over the site as well so you can download and collect them as well. If you want to take a look through what we have on offer you can use the button below.

All Types of Dinosaurs 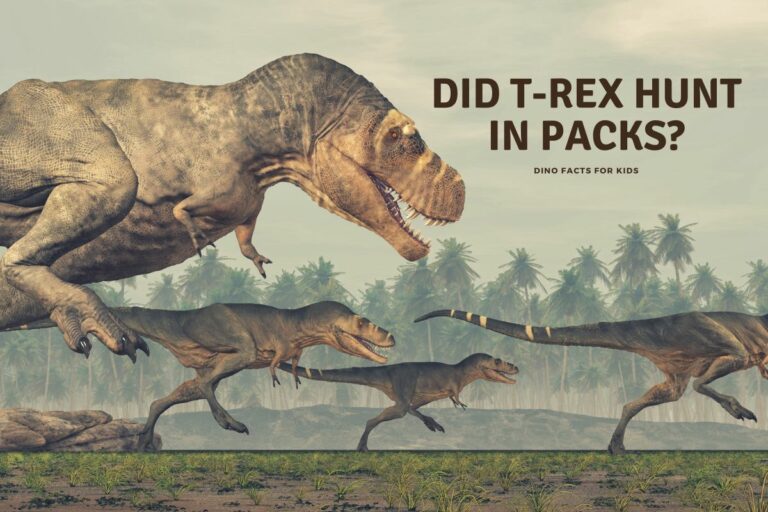 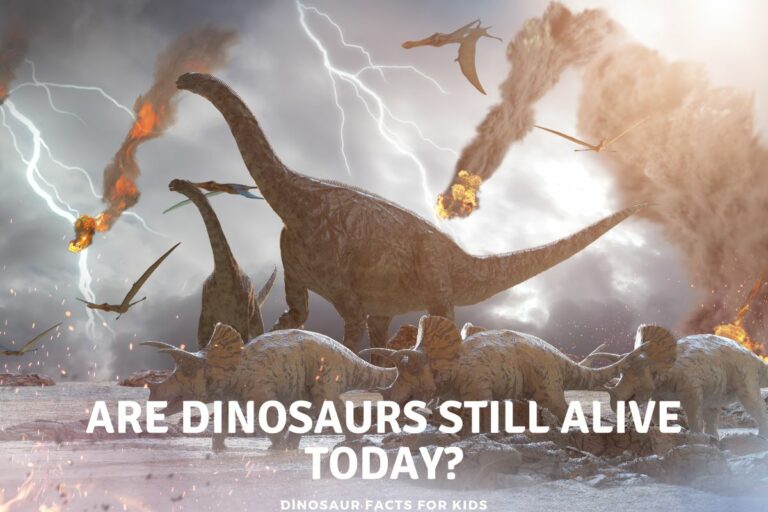