Most of us are familiar with dinosaurs laying eggs, but do we know what the dinosaur eggs looked like? Popular culture, the media, and previous scientific ideas have painted interesting pictures regarding dinosaur eggs. But with a vast range of dinosaur sizes, how much variation was there between eggs in size and shape? So if you’ve ever asked yourself, how big were dinosaur eggs? Below we’ll explore the answer.

Dinosaur eggs come in numerous shapes and sizes, ranging from roughly 1 inch to 8 inches in diameter and 2 feet long. Although scientists first discovered dinosaur eggs in 1859, we have limited information and evidence linking eggs to specific dinosaur species, including popular dinosaur species.

Although the information is limited, paleontologists draw many conclusions from available data. They also draw considerably from birds and crocodiles, the closest living relatives of dinosaurs. Although we don’t know everything, we know who had the largest and smallest eggs, but do you think dinosaurs made good parents? And which popular dinosaur egg sizes do we know?

Cracking The Mysteries Of Dinosaur Eggs

Dinosaur eggs were a tremendous leap in evolutionary progress. A dinosaur egg (much like a bird and reptile egg) had a relatively hard/tough, water-proof outer shell that allowed dinosaurs to move about independently of water sources (while an amphibian is restricted in how far it could move from water bodies).

Dinosaurs ruled the earth over roughly  165 million years, during which time they varied in size and shape considerably. Dinosaur diversity is linked to the diverse conditions on earth during the Triassic, Jurassic, and Cretaceous.

Some dinosaurs (like Protoceratops) might have laid soft-shelled eggs. These eggs would not have been fossilized easily.

The great part about paleontology is that, although scientists understand how some things work, they are far from having a full picture. As new information comes to light, scientists need to evaluate and update the picture.

Dinosaur eggs are no different. Paleontologists don’t often find eggs with embryos inside, so determining which dinosaur laid which egg is often challenging. However, occasionally they strike “gold” and find an identifiable fossil inside (or close-by) the egg.

A classic example is when paleontologists discovered dinosaur eggs in 1923 on the Flaming Cliffs of Mongolia. Scientists Roy Chapman Andrews, George Olsen, and their team discovered eggs of what they believed was Protoceratops (they were prolific in the area). However, in the 1990s, further discoveries allowed paleontologists to realize that they were oviraptorosaurian eggs.

Due to the limitations in determining which eggs came from dinosaurs, researchers group various eggs into “oogenera” according to their sizes, shapes, and other features. 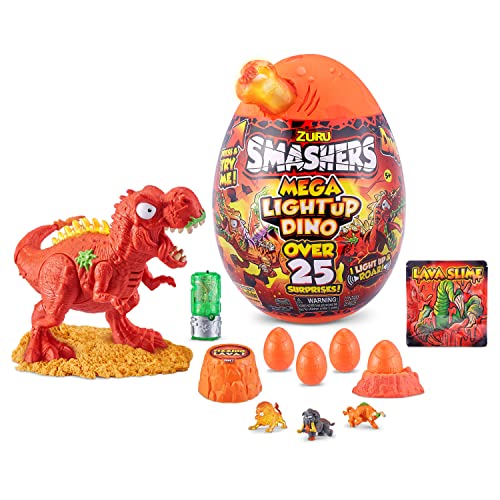 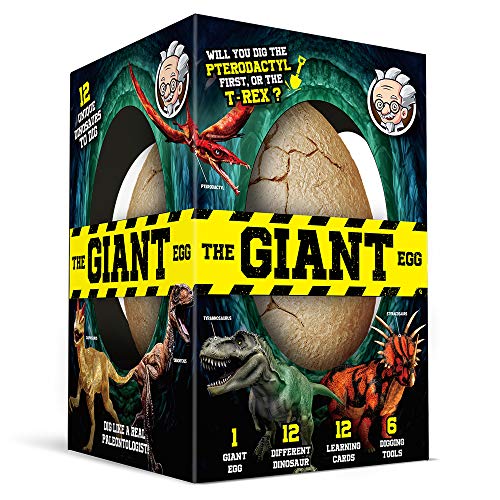 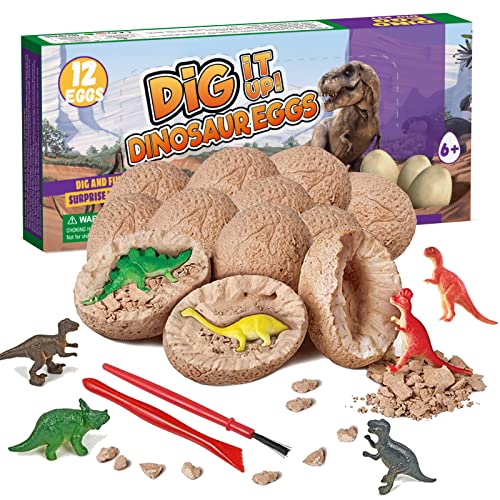 What Was The Biggest Dinosaur Egg?

Up to date, scientists believe that the largest dinosaur eggs probably came from the group of dinosaurs called sauropods, which includes the titanosaur Hypselosaurus.

These large dinosaur eggs belonged to the oogenus Megaloolithus and were discovered in France. Their eggs were between 5.1 inches and 8 inches in diameter. These eggs are up to 2-foot long and 0.059 in thick.

Interestingly enough, dinosaur eggs had a finite size they could reach. A larger egg meant a stronger shell to keep the egg’s contents inside.

What’s mind-blowing is that the largest egg discovered belonged to the extinct elephant bird (Aepyornis maximus). Its egg is roughly 12 inches (long) by 28 inches (circumference) and weighs 3 pounds.

What Was The Smallest Dinosaur Egg?

Like the largest egg, the smallest egg found to date is not always related to the smallest dinosaur but rather to what paleontologists have discovered.

The smallest egg is 1.77 inches by 0.79 inches and weighs roughly 0.35 oz. This minute egg is from the non-avian dinosaur Himeoolithus murakamii.

Previously, the Mussaurus, whose egg is roughly 1 inch in diameter, had the smallest egg.

How Big Were Some Of The Famous Dinosaur’s Eggs?

Unfortunately, most dinosaur fossils don’t link eggs and adults together. Although researchers often speculate and make “best guesses,” there is not enough information to accurately say which dinosaur came from which egg.

The table below looks at some well-known dinosaur species and the estimated (or known) egg size.

As we see from the table above, many gaps still exist in our records, which is a great opportunity for upcoming paleontologists to discover more!

Another notable dinosaur egg discovered in Henan Province, in central China, is Baby Louie, a type of Oviraptor. His egg was 18 inches long by 5 inches wide.

What Were Dinosaur Eggs Made Of?

Dinosaur eggs come in different shapes, sizes, and colors. Most of them are similar in composition to modern bird eggs. In 1859, Jean-Jacques Poech discovered the first (recorded) dinosaur eggs and believed them to be large extinct bird eggs.

Dinosaur eggs are in fossil form, and Paleontologists usually find egg fragments. Dinosaur eggs are recognizable by three diagnostic characteristics. They should have a slightly curved shape, be uniform in thickness, and have tiny pores over their surface.

What Happened After The Babies Hatched?

We know very little about dinosaur behavior, which is no surprise as fossil records can only show us so much. However, from what we do know, paleontologists discovered (and extrapolated) many amazing things and, often, revised what they previously thought.

Regarding what happened after baby dinosaurs hatched, scientists think that many parents (or at least the mothers) cared for their young.

Did All Parents Take Care Of Their Young?

(Some) Dinosaurs, crocodiles, and birds belong to the same arch group of animals (Archosaurs), and scientists believe they share many characteristics, including rearing their young.

Although paleontologists are uncertain as to how many dinosaur species had maternal/paternal nurturing of the young, they have discovered evidence that suggests dinosaurs were not only “terrible lizards,” but also great parents.

The “breakthrough” discovery in offspring nurturing was the duck-billed (hadrosaur) Maiasaurus. Paleontologists working in Montana discovered the fossils of adults, hatchlings, and eggs in the nest in one area (a mass grave of sorts).

This discovery led scientists to speculate that these hadrosaurs cared for their young in nesting colonies for the first few months. This behavior is not limited to Hadrosaurs, as paleontologists discovered Oviraptor nests depicting similar behaviors (defending their nest in an almost bird brooding fashion). In particular, the flightless Beibeilong sinensis.

Although there are examples of parental care, scientists cannot paint all dinosaurs as nurturing, caring parents, as some may have followed a similar strategy to turtles (lay a clutch of eggs and then beat it).

Experts are unsure about sauropods and the care they provide to their offspring. At the same time, Protoceratops and other soft-shelled species probably buried their eggs and guarded the area (like a crocodile).

Our understanding of how dinosaurs raised their young increases as more evidence avails itself.

Although evidence is limited, dinosaur eggs fall between 1 inch to roughly 8 inches in diameter and 2 feet long. Dinosaur eggs don’t always have embryos, making them difficult to match to a species. Therefore, researchers developed oogenera to help categorize eggs. Paleontologists are unsure how many dinosaurs practiced postnatal care for their offspring, but evidence suggests more species did than originally thought. 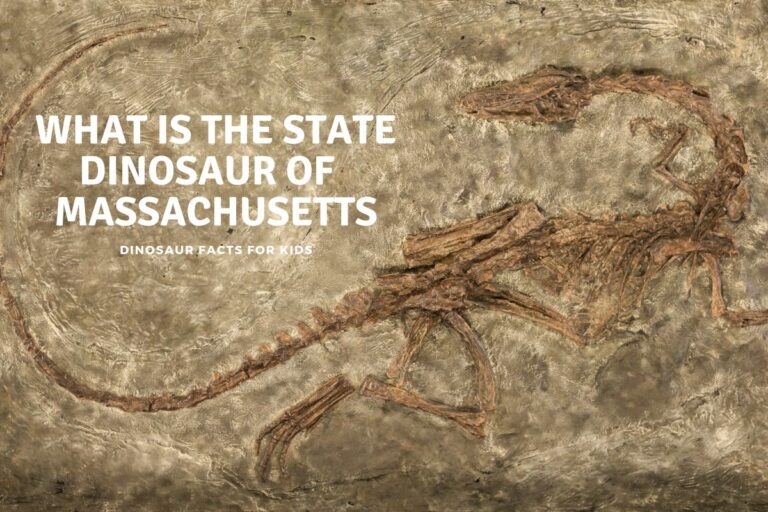 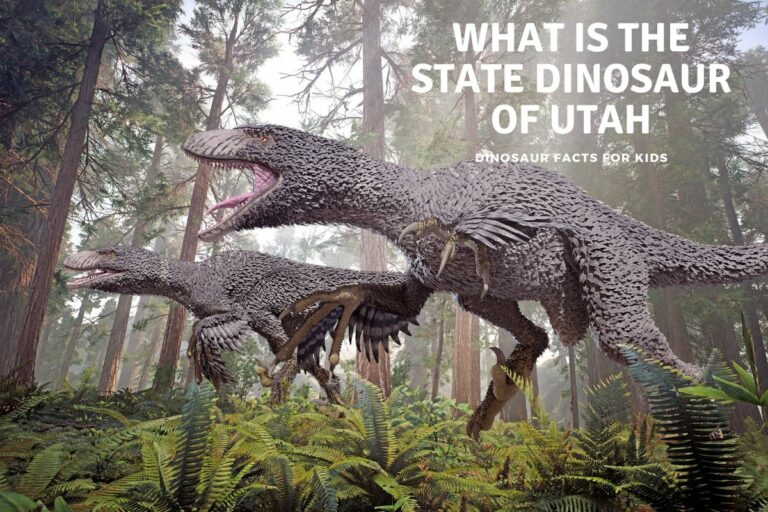 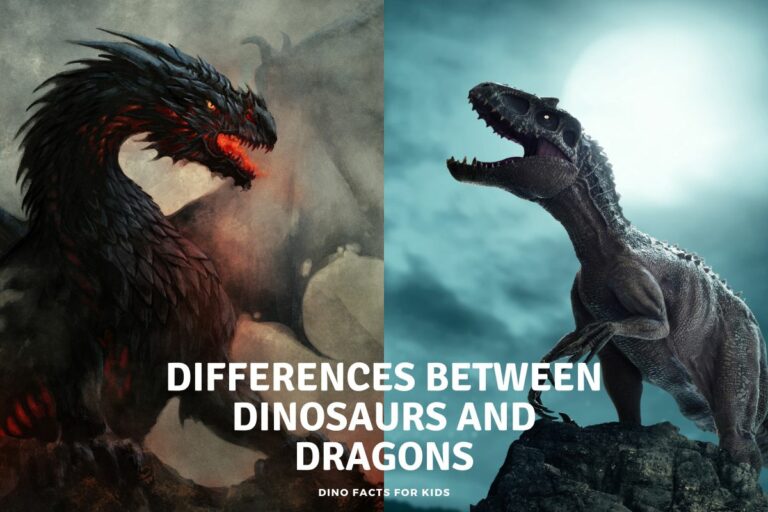