When someone mentions the word “migrate” most of us think of the million-strong wildebeest of the Serengeti moving across the African plain or scores of birds flocking south for the winter. Migration plays a critical role in the lives of many animals today; however, what about 251 to 65 million years ago? Did dinosaurs migrate like animals today?

Scientists believe that some dinosaurs migrated in similar ways to animals today. Although the motivations are not always clear, many experts believe they migrated to find resources like food, water, and mates. Although there are many hypotheses around dinosaur migration, evidence is limited.

Dinosaur migrations might have been common; however, what evidence are experts basing their hypotheses on? Which dinosaurs migrated? Would predators follow migrating herds? Why do today’s animals migrate, and are they similar reasons to dinosaurs?

Dinosaur Migration, What We Do And Don’t Know

Predicting how dinosaurs looked and what they ate is one thing. Determining their behavior from fossils is a completely different scenario, yet that is one of the undertakings paleontologists have.

Often, scientists look at modern animals to glean information from the past. Behavior like parenting, egg-laying, herd dynamics, and migration are things inferred (in many cases) from today’s examples.

The first question about dinosaur migration is why would they need to migrate? To understand the motivation, we examine current migratory animals and their reasons. 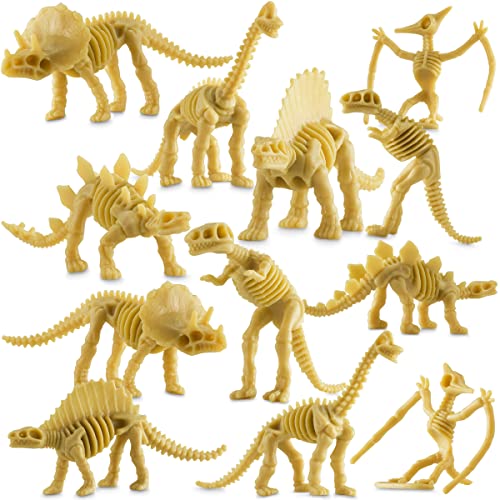 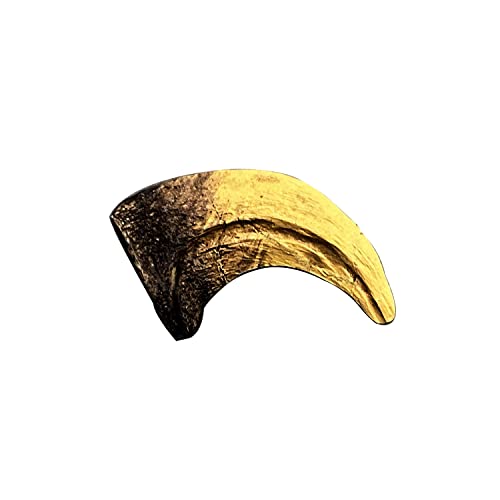 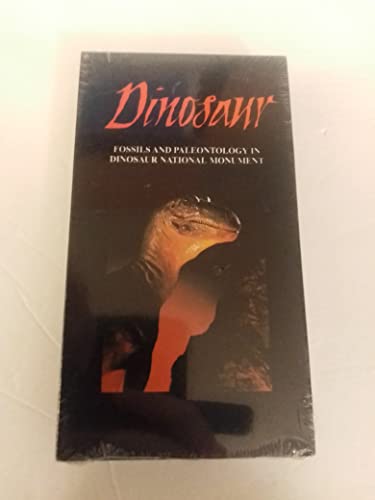 What Are Some Of The Potential Reasons For Dinosaur Migrations?

We can assume that many of the reasons today’s animals migrate are the same reasons that the dinosaurs had.

1.     Some Dinosaurs Stayed In The Cold – (See Our Cold Weather Article)

Much like how certain bird and mammal species migrate today, some dinosaurs that lived in cold areas needed to migrate. During winter, resources became scarce and unfavorable conditions developed, so dinosaurs moved to warmer regions, returning in the summer.

2.     Limited Resources And Other Environmental Factors

During drought and other scarcities, dinosaurs moved to resource-rich areas. Food and water are examples of resources dinosaurs would move to pursue.

3.     Finding A Mate And Nesting Grounds

With the discoveries of Maiasaura nesting sites, it is a small stretch to think that these dinosaurs might have migrated to nesting colonies for breeding. Evidence is still required, but there is a strong likelihood that certain dinosaurs practiced this type of migration.

4.     Scientists Use The Term Migration For Emigration

This point is a bit of a knit-picker, but scientists refer to dinosaur expansion into new areas as “migration.” The earth took on many different shapes and forms during the Triassic through Cretaceous periods. At one time, all the continents form a supercontinent Pangea.

However, by the end of the Cretaceous, the continents looked similar to how ours do today.

Researchers discovered that similar, related species are spread across various continents, causing them to believe that dinosaurs might have moved across land bridges into new feeding grounds and colonized those areas.

Unfortunately, there is not enough data to say precisely who, what, and when, but the consensus is that dinosaurs moved around significantly.

Is There Any Evidence Of Migrations, Great Or Otherwise?

Is there evidence to support the theory that dinosaurs migrated? Surprisingly yes, there is evidence!

When they analyzed 32 fossilized teeth from sauropods living in current-day western North America, Paleontologists made the call. They found these teeth spread over hundreds of miles away from the sauropods’ homes, indicating that these giants took seasonal excursions to greener “pastures.”

Scientists believe that this region experienced distinct wet and dry seasons when food availability would change. As food and drinking water decreased, dinosaurs would traipse onward in search of more, much like African elephants living in the savanna regions do today.

The way that the teeth “tell the story” is because dinosaurs replaced their teeth every five to six months. As dinosaurs ate food and assimilated the compounds into their bodies, their teeth (and other bones) developed traces of these elements.

These elements/compounds vary from location, and researchers can use the compounds to determine where the dinosaur had previously fed.

How Did They Accomplish This?

Using this knowledge, they measured the oxygen-18 levels of Camarasaurus (a sauropod) in a lower-altitude basin area and discovered lower levels of oxygen-18. This discovery led scientists to believe that these dinosaurs migrated seasonally to highland areas to feed and drink, returning to the basin afterward, a distance of roughly 350 miles one way.

What Types Of Dinosaurs Would Migrate?

Experts believe that the most likely candidates for migration are sauropods (Camarasaurus is the sauropod whose teeth researchers studied to make their breakthrough on dinosaur migration). These lumbering behemoths would move from area to area searching for food, as evident by the teeth fossils paleontologists discovered.

Not all dinosaurs migrated, and of the species that did, not all individual/herds/populations would migrate either.

How do we know this? Not all migratory animals in the present time migrate. I.e., although many wildebeest, zebra, and other gazelle, migrate, some individuals (and family units) don’t.

Although there is not enough food during the lean months for the entire population, an area’s carrying capacity should not become completely depleted unless there is overgrazing, flood, fires, etc.

We can assume that dinosaurs would have followed a similar pattern. Those that found themselves in areas that supported their needs would have stayed. Researchers discovered evidence for this theory in Alaska.

A tiny jawbone discovery caused scientists to conclude that certain dinosaurs nested and foraged year-round in some areas.

With the evidence found in Australia’s Dinosaur cove, experts think that theropods, ornithopods, and ankylosaurs were better adapted to survive in cold climates than sauropods, who would have migrated during the colder months.

Although evidence for migrations is limited, researchers believe that theropods were less likely to migrate from colder areas. If the food source remained adequate in a particular area and conditions were not adverse, the predators would not migrate.

If the prey sources became depleted, then they would follow the herds.

Fascinatingly, scientists now think that the mighty Tyrannosaurus Rex migrated into North America from Asia roughly 67 million years ago across a land bridge. However, much more evidence is required to prove this theory.

Some researchers also think that herbivore dinosaurs arrived after meat-eating dinosaurs in the Northern Hemisphere. This delayed arrival is because, during the Triassic, desserts were sandwiching the equator. This desert region prevented herbivores from moving across, while carnivores would have survived on insects.

Animals migrate for several reasons. The most common driving force is resource (food, water, and mates)  availability. Below we’ll investigate the “why” of migration further.

Why do birds fly south for the winter? For the same reason that wildebeest move. Resource availability.

Seasonal variations change food, water, shelter, and reproductive opportunities (i.e., when nutrition is bad and food is scarce, animals don’t successfully breed). When these changes occur, animals move to areas where their needs are better met.

The distance animals move depends on the degree of change that their “home” area undergoes. While wildebeests move in a gigantic circle around the Serengeti, birds in the northern hemisphere move down to the southern hemisphere to escape the cold weather.

Many birds, like albatross, gannets, emperor penguins, and great egrets, often migrate to specific breeding grounds where they find mates, reproduce, lay and hatch eggs, and then leave again.

Some breeding grounds are devoid of resources to sustain the animal population throughout the year. Therefore, animals return for the breeding and rearing season, then they move away once finished, only to return the following year’s breeding season.

Other times birds spend the entire breeding season north and then move south to overwinter.

Sometimes migrations are not a seasonal occurrence. When there is a substantial alteration in the environment, animals might choose to migrate to preserve themselves, find food, or out of some other necessity.

For example, a natural disaster like a flood or fire destroys habitats and forces animals to seek refuge in other areas with sufficient breeding and feeding resources.

Another reason for migration is predation. When the predator population/concentration increases in an area (a new pack of wolves, pride of lions, or pod of killer whales enters the area), or if environmental strain causes predation to increase (drought), then animals may decide to migrate to another area with fewer predators.

5.     Inter- And Intraspecific Competition For Resources

In the natural world, animals fill a “niche” in their environments. These niches are the role an animal plays in its environment, and often there are a limited amount of niches that animals can occupy. When a population of the same species increases or another group of animals competing for the same resources (food and water) increases, the competition over the resources increases.

This competition often results in one species migrating.

Interestingly, migrations don’t always need to be over thousands of miles. Many species migrate over a smaller scale. Many forest-dwelling species move up and down the slopes of mountains depending on the season. An example is a blue grouse (Dendragapus obscurus).

Paleontologists believe that some dinosaurs, particularly sauropods, migrated during times of scarcity. They also believe that theropods, ornithopods, and ankylosaurs were better adapted to living in colder areas and would not have moved as readily.

There is also evidence that supports that carnivore dinosaurs moved into the northern hemisphere before herbivores. However, more evidence is required to confirm these hypotheses. 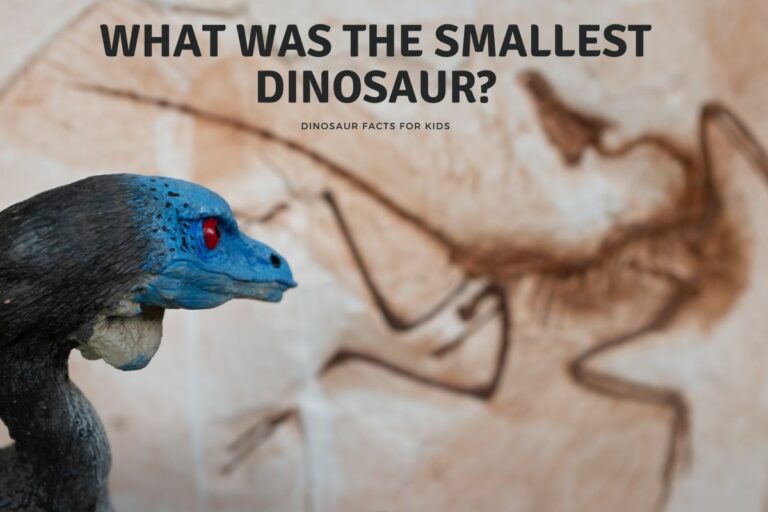