Dinosaur teeth come in all shapes and sizes. The biggest, most massive teeth belong to the largest dinosaurs, such as the Tyrannosaurus rex, and these are the most famous teeth in the Dinosaur Kingdom. However plenty of other dinosaurs had teeth large and small, long and short, and sharp and blunt. We take a look at some of these dinosaur teeth facts below.

So, the next time you look at a dinosaur tooth, remember that these ancient creatures had some of the biggest, sharpest teeth around! Let’s take a look at more toothy facts about dinosaur teeth below.

Different teeth have different jobs. this is true of all teeth, and all animals that have teeth Including dinosaurs and even people. You can often tell what an animal eats just by looking at its teeth. We look at the difference between them below, but in a minute we want you to go look at your teeth to see these differences in your own mouth! So head to the mirror and take a look.

Humans are omnivores, this means we eat everything ( well not everything! ) but we can eat vegetables and meat and often do! and we have different types to teeth. We have the following 3 types ( there are more but we are not a dentist, and probably neither are you! ) so we will stick with these 3 types.

Dinosaurs also had these type of teeth and some other carnivorous dinosaurs had another sort called carnassial which are sharp teeth for cutting meat.

Dinosaurs teeth were specialized for the food they ate.

Tyrannosaurus Rex had the longest teeth, they could be 12 inches long.

Not all dinosaurs had teeth, some hand beaks or hard mouths and gums.

Hadrosaurs had the most teeth, they could have over 1000 teeth in their mouth!

Carnivore dinosaurs had canine and carnassial teeth, and herbivores had a mix of beaks, molars and incisor teeth.

Dinosaurs like Diplodocus could grow new teeth in just 30 or so days!

What are Different Kinds of Dinosaur Teeth.

Carnivore Dinosaur teeth were also incredibly sharp. The serrated edges of the teeth allowed them to tear through meat and bone with ease. Some scientists even believe that the sheer force of a T. rex’s bite could crush bone for example. With bites like these their teeth had to be strong and unlike herbivores they took a long time to replace teeth, it could take up to 2 years.

Herbivore teeth are usually flat and blunt, and they have ridges on the surface. This is because these dinosaurs need to be able to grind up plant material. Their teeth are also less sharp than those of carnivores, so they can’t tear through meat. They were also replaced more quickly, with diplodocus being able to replace teeth every 35 days.

What about Dinosaur Beaks?

Some dinosaurs had beaks, There are several benefits to having a beak. Beaks are lightweight and require less energy to move than jaws. They also contain fewer bones than jaws, which makes them lighter and easier to move.

Beaks are also very strong, so they can be used for catching smaller animals, eating insects, breaking open nuts and seeds. Finally, beaks can be used for strip leaves from plants.

How do Scientists Study Dinosaur Teeth?

Scientists study dinosaur teeth by extracting them from fossils. They use special tools to remove the hard enamel from the teeth and then examine them under a microscope. This allows them to learn about the different types of dinosaurs, as well as how they ate and what they ate.

Dinosaur teeth are often the more common type of fossils to find. this is because teeth are harder than bone and last longer when fossilized. Also some dinosaurs had hundreds of teeth that were replaced and renewed and they could get through thousands and thousands of teeth in their lifetime. This means there are much more of them to find that dinosaur bone fossils.

Which Dinosaur had the Longest Teeth

It probably won’t come as a surprise that it was a carnivorous dinosaur that had the longest ever teeth.

With 50 of these massive teeth you can see why it seen as the scariest of all the dinosaurs.

What was the Smallest Tooth Ever Found?

If the biggest dinosaur teeth belonged to the Tyrannosaurus Rex with little argument, the smallest come with a big argument for their small size. the dinosaur/lizard/bird below was smaller that even a small T-Rex tooth! they didn’t just find a tooth they found the whole head!

The smallest dinosaur tooth found belongs to the tiny bird like Oculudentavis a dinosaur that weighed only about 2 ounces (57 grams) and was found in 99 million year old in Burmese Amber. It had 23 teeth less than 1/32 of an inch (1 millimeter) long. there is ongoing controversy about its classification as dinosaur.

That big debate is about if Oculudentavis was actually a dinosaur, a lizard or if it was a very ( VERY!) early bird.

If it turns out that is was a prehistoric lizard then another contender for smallest dinosaur teeth is the Chicken sized Microraptor. These little guys had teeth only about 1/8 of an inch (3 millimeters) long.

What Dinosaur had the Strongest Bite?

The Tyrannosaurus rex is thought to have had the strongest bite of any dinosaur and any animal on land. Scientists believe that its massive teeth and jaw muscles could generate a force of up to 12,800 pounds (5,790 kilograms). That’s about the same as 2 adult elephants!

However, only on land did the T-Rex have the strongest bite. the Megalodon shark from about 10 million years ago had the strongest bite of any animal that has ever lived. It is estimated to be around 41,000 pounds which is over 3 times more powerful than a T-Rex.

Which Dinosaur had the most Teeth?

There is a clear winner when it comes to the toothiest mouth in the dinosaur world. T-Rex might have had the biggest but it only had 50-60 teeth. there were a group of plant eaters that had 10, 20 and maybe even 30x this number of teeth in their mouths, although they were smaller of course.

Hadrosaur dinosaurs had the most teeth of any dinosaur and could have up to 1400 teeth in their duck shaped mouths. Although all teeth would not be used simultaneously. They had thousands of teeth in batteries and columns that moved up through the mouth and replaced worn teeth at the rate of 1800 teeth during a year.

High numbers of teeth were not that uncommon in the dinosaur world especially with herbivore dinosaurs. While Hadrosaurs had the most teeth there were plenty with hundreds of teeth. For example Triceratops could have 800 teeth, and nigersaurus could have over 500 teeth.

Fish-eating dinosaurs had pointed teeth. These teeth would have been useful for spearing and catching small fish. The shape of the teeth would also have helped to prevent the fish from slipping out of the dinosaur’s mouth.

Dinosaurs like Spinosaurus, Baryonyx, and Suchomimus all had teeth that would be suited to catching and eating fish.

Did Dinosaurs have Incisor Teeth?

Incisor teeth are the teeth at the front of your mouth. They are good at cutting and gnawing at hard foods like trees, or bark. They are common in rabbits, mice and other small mammals but did any dinosaurs have incisor teeth.

A new dinosaur species called Matheronodon provinciali was discovered in 2017 that had very sharp incisors in its mouth. These could be 3 inches long and 3 inches wide. They were not just at the front, but certainly look like they do the same job as incisors.

How Did Dinosaurs Keep Their Teeth Clean?

Dinosaurs probably didn’t have toothpaste or floss, but they did have a way to keep their teeth clean. Their tongues were probably long and flexible enough to reach all the way back to their teeth and clean them off.

Herbivores replaced teeth as they were worn down by use, up to every 35 days. So, the need to keep them clean would not be as vital. Carnivores took longer to replace their teeth. T-Rex took about 2 years to replace teeth. There may have been a need to chew bones like current carnivores to keep teeth clean and healthy.

Lions, tigers and even dogs chew bones to help keep their teeth clean and healthy. So perhaps dinosaurs did the same. A chew toy for a dinosaur would be pretty big though!

Can You Buy Dinosaur Teeth?

You can buy dinosaur teeth! You can find them for sale online and in some souvenir shops. Just be careful – some of these “dinosaur teeth” are actually fake. Real dinosaur teeth can be quite expensive, so make sure you do your research before buying one!

if you want a special tooth like a T-Rex or Velociraptor they can cost a lot of money, however some dinosaurs, including some carnivores did replace their teeth quite often and those teeth can be quite reasonable prices. Spinosaurus, mosasaurus teeth can be bought for a few dollars.

If you want herbivore teeth then triceratops teeth are quite common to find, especially worn ones. you can check out the links below and here to see if there is anything you like.

You can also buy replicas which are copies of real dinosaur teeth, then you can see how big those teeth really were!

Hopefully you have found some useful dinosaur teeth facts in our article, and maybe some ideas to start your own fossil collections. I started with a mosasaurus tooth and now have a Spinosaurus, a velociraptor and even a megalodon tooth!

Also remember that you are not a dinosaur and your teeth have to last a lifetime, so make sure you get brushing your teeth tonight! and think if you ever have toothache what that would be like if you have 12 inch teeth like a T-rex, or a 1000 teeth like a hadrosaur! 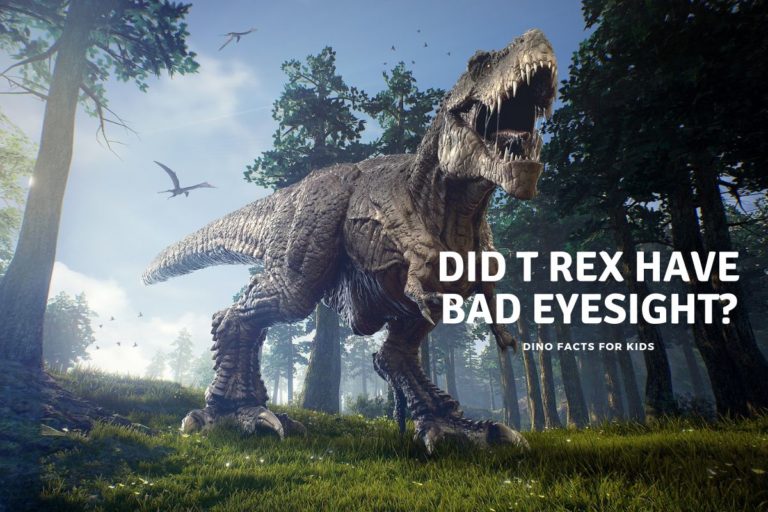