They fascinate children and adults alike. Sadly, those prehistoric reptilian giants no longer walk the earth, but paleontologists can still teach us an enormous amount about them from fossils that have been discovered. There were herbivores, carnivores, and those that loved a balanced diet. All had their own defense mechanisms. Let’s find out which herbivores had spikes on their tails.

At least twenty plant-eating dinosaurs roamed the earth with spikes on their tails. Although herbivores were not naturally aggressive, their carnivorous and omnivorous cousins often preyed on them. The plant-eaters then used their spikey tails to defend themselves against their attackers.

Carnivores had strong, athletic legs and razor-sharp teeth and claws for pursuing and killing their prey. Herbivores typically had bulky builds unsuitable for speedy escapes from predators and flat teeth for shredding plants for their daily salads. But they could still stand their ground against the enemy because many had armored skin and clubbed or spiky tails.

Herbivores With Spikes On Their Tails

Although you think you learned everything about dinosaurs while growing up, you might be surprised to know that there are about 700 named species. Currently, experts count 186 plant-eating dinosaurs. Of those herbivores, many had spikes on their tails, some extra long and sharp, others smaller when they had other defense mechanisms.

One of the most well-known dinosaurs with a spiky tail is the Stegosaurus. But there is a list of other sharp-tailed plant-eaters that existed millions of years ago. Interestingly, most herbivores with spiked tails had either Stegosauria or Ankylosauria heritage.

We could possibly add other herbivores to the list that had smaller protrusions on their tails, but we will keep it to those that had the sharper, longer, most apparent spikes. 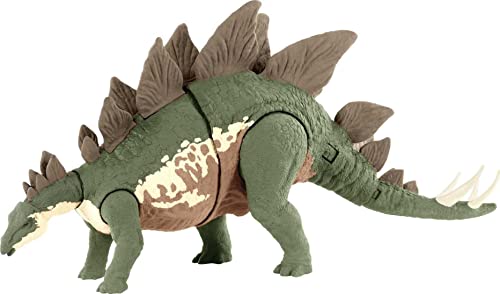 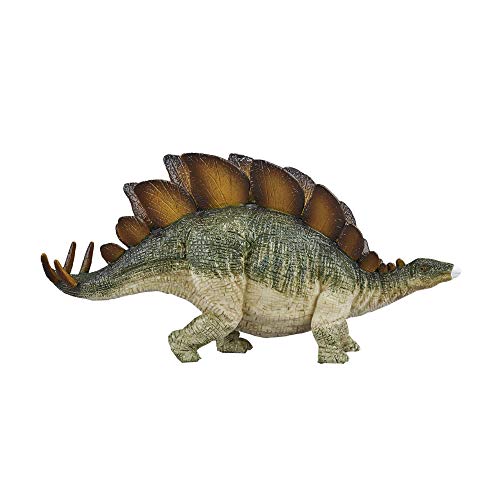 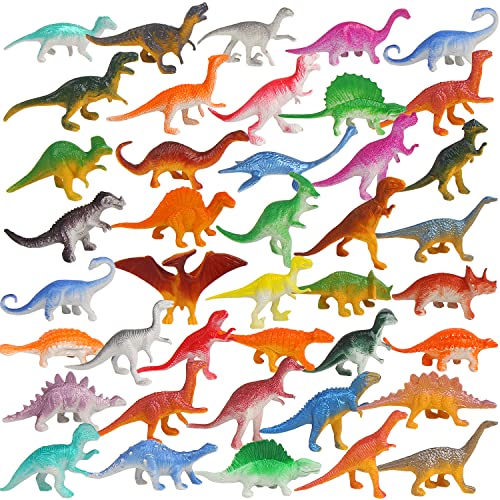 The Tale of The Spiked Tail

The sharp spikes on these dinosaurs’ tails are called thagomizers. While paleontology is a field filled with scientific names, this term sounds quite comedic in comparison, and for a good reason. A cartoonist coined the term “thagomizer,” and the paleontologists adopted it!

In 1982, the cartoonist responsible for The Far Side, Gary Larson, created a comic showing a prehistoric classroom. A caveman professor points at a picture of the spikes on a stegosaurus’ tail while lecturing a group of cavemen. The professor explains that the spikes are called “thagomizers,” after someone named Thag Simmons, who died at the hands (or tail) of a stegosaurus!

The cartoon implies that Thag Simmons got too close to the Stegosaurus and got killed by the spikey tail. The professor warned the other cavemen that they should avoid this dinosaur’s tail, and they immortalized Thag’s name by calling the spike after him.

Thag Simmons was an entirely fictitious character, and Larson knew that humans and Stegosaurus existed 150 million years apart. But he was also a biologist, well aware that there was no name for the tail spikes up to that time.

In 1993, paleontologist Ken Carpenter used the term thagomizer in a presentation at the Denver Museum of Nature and Science. Soon after that, the Dinosaur National Monument in Utah labeled the spikes of a dinosaur with this term as well. After that, “thagomizer” became a generally-used term.

Why Herbivore Dinosaurs Had Spikes On Their Tails

Dinosaurs were not small creatures. Most herbivores had hefty physiques, many weighing thousands of pounds. Their bodies were often heavily armored, and their bulk did not lend itself to fast escapes from predators. If you can’t run from a dinosaur that wants to rip you apart for his next meal, you have to arm yourself to win the fight. The spikes on the herbivore’s tail fulfilled this purpose.

When carnivorous dinosaurs and other predators attacked the thagomized herbivores, their only option was to lay into the enemy with their spikey tails. These thagomizers could puncture the predator’s flesh and fatally wound them.

Which Dinosaur had the Longest Tail Spikes

Stegosaurus had the longest tail spikes of any dinosaur. Their four spikes, called a thagomizer, could grow to over 3 feet in length and were often horizontally placed rather than vertically as often shown. These spikes could be swung with enough force they could break off into the attacking dinosaur.

We will put in a mini table below with how long the spikes were in the top 5 Stegosaurus family dinosaurs.

All of the above dinosaurs were were armed with these tail spikes and all could swing them with enough force to injure of even kill attacking predator dinosaurs.

Did any Carnivores have Spikes on their Tails

How Powerful Was The Thagomizer?

The Stegosaurus and other spike-tailed giants would whip their tails at the predators when they attacked, usually aiming for the vulnerable underside of their enemy. Paleontologists have found historical evidence that proves how powerful a weapon this was for the Stegosaurus.

Scientists found an Allosaur bone in Wyoming dating back to 145 million years ago. The bone tells a story of the predator’s demise after a run-in with a Stegosaurus. There was a hole in the bone that was consistent with the size and shape of a Stegosaurus thagomizer. Clearly, the herbivore had won the battle.

The Allosaur, a carnivorous dinosaur, had attacked the Stegosaurus. The herbivore whipped the attacker with its spiked tail, which pierced a bone. The wound developed an infection, which proved fatal to the Allosaur. Experts estimate that the Allosaur would have died between a week and a month later. The Stegosaur may not have been athletic, but he was undoubtedly powerful.

One would think that herbivores were docile and defenseless, but they were neither. Perhaps they were slow and bulky, but they could do lethal damage to a dinosaur silly enough to underestimate the plant-eaters.

Even a carnivorous, athletic dinosaur! They could swing their thagomizers into their attacker’s body with deadly speed and force.