When you picture a dinosaur, what do you see? In most cases, the general picture will either be a four-legged, long-necked herbivore, or a sharp-toothed, cunning, bipedal theropod with short arms and long claws. But what do even these broad descriptions of dinosaurs have in common with each other? They both have tails! were there dinosaurs with no tails?

There are currently no known dinosaurs that had no tail. Although anatomical features are the primary factor that goes into classifying a dinosaur and these include hip position, bird – Ornithischian or lizard – Saurischian. Other Factors include, period lived, egg laying abilities and the presence of tails.

If you didn’t picture one of the dinosaurs we broadly described above, you might have imagined a three-horned, armored herbivore, for example, or something else. Whatever it was you were picturing, did it have a tail? Can you even think of a single dinosaur that didn’t have a tail? In this article we’re going to try and answer this key question – what dinosaur had no tail?

Dinosaurs with No Tail – Which Ones Were They?

The answer to our core question if there were dinosaurs with no tail is perhaps irritatingly simple: there are none. As far as scientists currently know, all dinosaurs had tails. Now some of you might be thinking of a “flying dinosaur” like pterodactyl, right? They didn’t have tails! If that’s the case, why are we saying that no dinosaurs were without tails?

In fact, many animals that we consider “dinosaurs” in our own minds are not officially classified as dinosaurs in any scientific sense. Flying and aquatic “dinosaurs” or that time were not technically dinosaurs, but simply either forms of flying or marine reptiles.

So, fossil records indicate that all dinosaurs did have tails, but not all of them had tails for the same purposes or evolutionary reasons. Just as the tails of modern animals come in all shapes and sizes, as well as functions and benefits, so did those of the dinosaurs, and we’ll explore some of that further below.

Dinosaurs With No Tails The Evidence.

However this lack of complete tails, or in some cases no tails discovered, does not mean that the dinosaur was not in possession of a tail when is shuffled from this mortal coil ( died!) It is much more likely, approaching 100%, that evidence for that tail was removed either by a hungry dinosaur, tectonic plate movements, or simply disintegrated over time.

So despite only 20 or so full tail dinosaur fossil being found there is little to no suggestion that there were dinosaurs with no tail staggering about off balance during the Triassic, Jurassic and Cretaceous. We look at the reasons why all dinosaurs would have had tails below.

How Did Dinosaurs Use Their Tails?

Extinct dinosaurs and very-much-alive modern birds share an interesting tail feature in common, namely the fused tail vertebrae known as a pygostyle. It was attached to this previously that dinosaurs wielded their muscular tails. The heft, muscle and bone of the tail was all crucial in providing an effective counterbalance to the otherwise front-heavy nature of many dinosaurs.

In its various activities, from standing and contemplating its next move, to hunting, running (see below), fighting with others, and more, the dinosaur needed balance front and rear. Nearly all dinosaurs were built either heavy and muscular, and thus in need of counterbalance to their heft, or small and nimble, needing the tail to keep them steady during their quick movements.

Take the famous theropod dinosaurs as an example, like Tyrannosaurus rex. When you think of bipedal dinosaurs, you might first think of the very strangely upright example of classics like Godzilla.

If you look again, however, you’ll notice that while theropod dinosaurs like Tyrannosaurus, raptors and others were bipedal, they were not upright. They featured a horizontal body, with forward-facing heads and a lot of their heft being thrown forward as they walked or ran.

Therefore, the tail was a critical element to keep them from falling flat on their sharp-toothed faces. Without the tail there, a T-rex might run a few steps before the weight of their body pushed them too far forward and brought them down. They wouldn’t have been very effective predators in that case.

Some dinosaurs were blessed with a tail that served not just as a counterbalance for their balance of weight, but also for defensive or offensive use against other dinosaurs. Perhaps the most famous examples are the Stegosaurus with its “thagomizer” tail, and Ankylosaurus, with its tail club.

Dinosaurs with tail weapons were invariably herbivores, who developed these features as an obvious evolutionary advantage over other herbivores at the time. A Stegosaurus or Ankylosaurus may have looked like a tempting meal for a large, sharp-toothed theropod, but they’d also be more wary of selecting it as prey if they knew of that potentially lethal tail. Better perhaps to go after something that won’t be able to defend itself quite so effectively.

One more very interesting use of tails in dinosaurs is found on the Spinosaurus, whose tail was said to be so muscular and flexible that it was actually able to use it as a method of propulsion in the water. Such abilities would present Spinosaurus with an obvious advantage when it came to searching for food, since its aquatic skills would widen the range of food it was able to snare.

But didn’t we say that marine reptiles weren’t dinosaurs? Well spotted! In fact, Spinosaurus is an exception to this rule because it was a largely land-dwelling creature — hence classification as a dinosaur — that merely hunted in aquatic habitats, and felt comfortable or happy being in water, not unlike the crocodiles and alligators that still stalk our world.

Which Dinosaurs Had the Longest Tails?

The Sauropods were the longest (and largest) dinosaurs ever to have lived, and we even mentioned them in our introduction. These were the Brachiosaurus, Diplodocus Longus, Brontosaurus, and others; the long-necked, long-tailed, four-legged herbivores that so often have become symbolic of the many thousands of species of dinosaur that existed over that fateful 165-million-year period.

The longest tail among the Sauropods was that of the Diplodocus, measuring up to 21 feet. However, this assumption is based largely on the fact that to date, only the Diplodocus fossil remains have emerged as complete and well-preserved. Other tails that have emerged so far are all partial, and therefore it’s difficult to confirm their actual length.

The Sauropods had necks up to 21 feet in length — far longer than the 6 feet of the modern giraffe — which is why a long tail was so important to counterbalance their weight as they moved forward. This leads some to believe that such an animal would need a tail up to 45 feet in length to achieve balance, which is why the “longest tail” is only currently the “longest known tail” in fact.

Which Dinosaur had the Shortest Tail

So while it is commonly accepted there were not any dinosaurs that sported no tail there was huge variation in the size width depth weight and of course length of these tails depending on the dinosaur. While the diplodocus, supersaurus may have had the longest provable or thought tail in the dinosaur kingdom there were also dinosaurs less well endowed tail wise.

Now even when we discuss length it can be problematic as it can be measured in actual length, like the two long tailed sauropods mentioned above, or as a percentage of body length.

The dinosaur that paleontologist David Hone suggests had the shortest tail, , is the Epidexipteryx. Though this short tail may have been extended with decorative quill feathers when the dinosaur was alive. Another candidate is the Caudipteryx.

At only 10 to 12 inches long ( 25 to 30 cm) it would not have had much body length to use as a tail in any case, and judging from the fossil ( only one) discovered it did not devote much length to its tail anyway.

There also needs to be a little care when assigning measurements to species of dinosaurs, as even those that have been discovered with complete or almost complete tails can be different. there are cases, like in the case of Leptoceratops.

Fossils of this dinosaur were discovered next to each other, and were likely part of the same group and both adults. However one had ten more caudals than the other, meaning there may even have been significantly different tail length between species never mind between dinosaurs.

The American Natural History Museum has a useful lesson plan that helps to teach students how dinosaurs are classified here. it is free to download and includes resources.

It appears that all dinosaurs possessed a tail, this may have been of different length, weight and size and even had different purposes and uses but they all possessed one and there were no known dinosaurs with no tail.

Although we mention the two or three dinosaurs that were likely to have the longest and shortest of all dinosaur tails the suggestions come with a proviso or warning and this is that even among different species this tail size could vary.

So while they had tails, judging a length of a dinosaur when using tail length is far from foolproof, and with only 20 or so complete tails discovered, although more discovered almost complete it can be a risky business.

One thing that we can be certain about, as much as anything in dinosaur research is that all dinosaurs had tails….. probably. 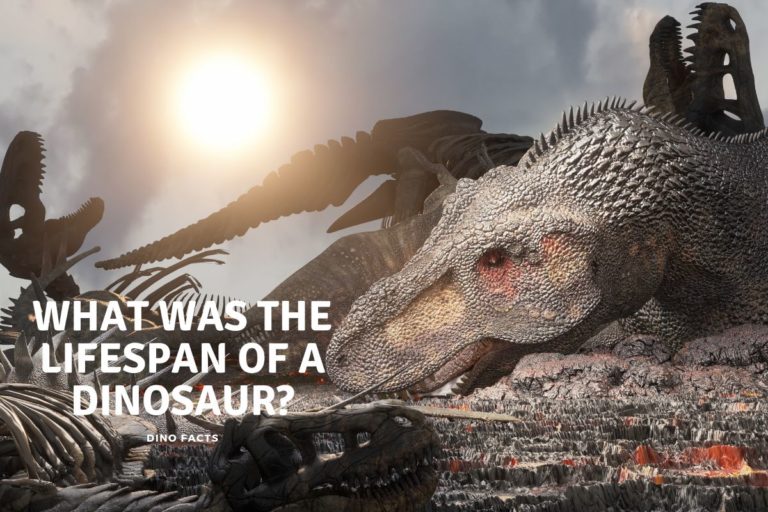