Edward Drinker Cope wrote about the Amphicoelias Fragillimus from a fragment of a vertebra that he found /classified, but that bone vanished over a hundred and fifty years ago. Cope’s original figures suggest that the Amphicoelias could have reached 190 plus feet in length. However, recent research has cast doubt on these original figures, since no more bones have been found and the dinosaur has even been reclassified as a Maraapunisaurus.

Amphicoelias, renamed as Maraapunisaurus, is only known from notes from 1877. The only fossil, a 2.7 metre long vertebrae, disappeared soon after discovery. If corroborated the measurements would make Amphicoelias the largest ever known dinosaur at up to 200 ft in length, and 240-300,000 pounds in weight.

As this is somewhat of a mystery dinosaur, or a holy grail of dinosaurs, we can’t really accept that it grew to these sizes based on the lack of evidence, see the note below for our large disclaimer.

NOTE: We are writing this as if the notes on Amphicoelias can be taken as fact, which frankly they cant. This is not to suggest there is anything untoward going on, but with out that vertebrae we have no proof that the proportions give to Amphicoelias are correct. However, if the can, or if that HUGE fossil turns up, this is what we would know about the Amphicoelias

What was the Amphicoelias

This sauropod is known from only one fragment of a fossilized vertebra. This fragment was estimated to be 1.5 m (5 ft) long, but its entire length is believed to be over 2.7 m (8.8 ft). if accurate the Amphicoelias dinosaur could have weighed between 130 and 150 tons, which is a record for any sauropod by a huge margin.

Despite the size of this dinosaur, it is unclear if it lived in the same environment as other sauropods. Cope derived the species’ name from the femur and tail vertebrae. Later, Osborn and Mook reclassified the material, assigning it as camarasaurus.

Species Maraapunisaurus / Amphicoelias has been suggested to be:

Other authors followed their lead and came up with the name Amphicoelias fragillimus, though this was later renamed / reclassified as Maraapunisaurus . This species is estimated to have stood between 40-60 meters long.

This dinosaur was similar in appearance to the Apatosaurus, but its body was much larger. The back bone of the Amphicoelias resembled that of the Diplodocus, with an upward-projected shoulder. Part of the reason its length was calculated to be so long was this classification as part of the Diplodocus family.

If close to being accurate no other species of dinosaur could compete with the Amphicoelias Dinosaur in length and if the weight was scaled up it would be close to challenging a blue whale. However the largest blue whales can weigh up to 50% more than an Amphicoelias dinosaur.

Estimates on the Weight of Amphicoelias

This Amphicoelias Dinosaurs was a large herbivore that lived 150 million years ago. It was estimated at 125 tons in weight and up to 150 at various stages but as with most large sauropods it is much more difficult to estimate Mass of these massive animals than it is length.

If these estimates are in anyway accurate then Maraapunisaurus / Amphicoelias would have been the largest ever dinosaur to walk the Earth.

What does the Amphicoelias name mean?

The name Amphicoelias means biconcave in Greek, and it is, if true, the largest specimen of a sauropod dinosaur ever found. Its body is large, weighing approximately 125 tons and reaching up to 200 feet in length.

The Amphicoelias Dinosaur was discovered in 1877 in the Morrison Formation of North America. It is believed to have been a herbivore with a very long neck and the name related to potentially concave or hollow structure of its bones. 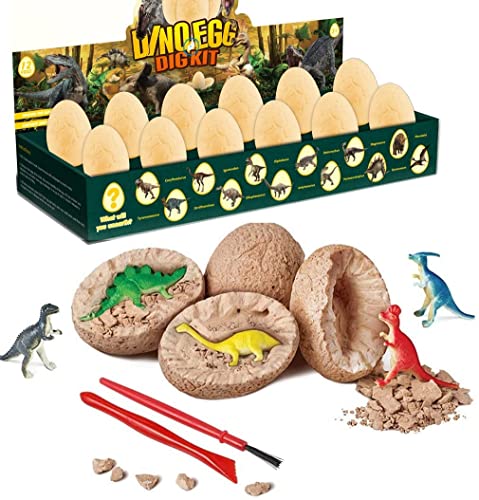 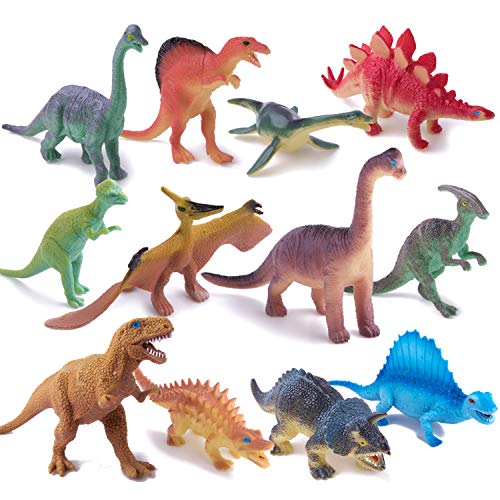 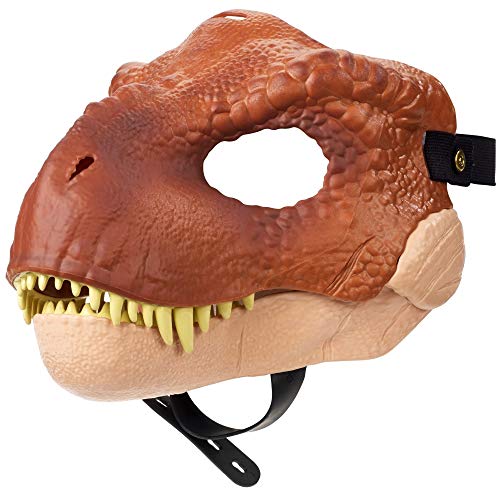 After Amphicoelias was reclassified and renamed by Paleontologist Kenneth Carpenter in 2018 as the Maraapunisaurus, which means, much more accurately, “huge lizard” Maraapuni is from the Ute language which is from the People who used to live in Colorado and Utah.

There are 6 syllables in Maraapunisaurus and it is pronounced like this.

Was Amphicoelias A Real Dinosaur?

The Amphicoelias Dinosaurs were discovered in Garden Park, Colorado, by fossil collector Oramel Lucas in 1877. Its partial vertebrae, ranging in height from 1.5 to 2.7 meters, suggested that the animal could be between 130 and 200 feet in length. .

Lucas sent the specimen to Edward Drinker Cope, who published a paper describing the animal. Cope named the dinosaur Amphicoelias fragillimus after the creature he found. Unfortunately, the specimen has never been found since this examination and all we have now are Lucas’ field notes and Cope’s measurements, which provide a rough idea of its estimated size.

If it was 200 ft long, just to be clear, that is twice the size of the modern average blue whale. Making it not only the longest animal to have lived, but also a challenger for the heaviest as well.

Yes another Note: Paleontologists are actually split on the opinion on whether the notes on Amphicoelias were accurate. Edward Drinker Cope is one of the most respected Paleontologist in history and there is little reason to think he made a mistake,

Edward Carpenter doesn’t think so, and neither do many other respected Paleontologists. It would have been his reputacion on the line if he had been caught lying, and as this was at the height of the bone wars ( a movie waiting to be made!) maybe, and we only offer this as a random theory, maybe that fossil of what would have been the largest ever dinosaur didn’t disappear by accident….

We have some facts about Amphicoelias below to try to get a better understanding of this missing dinosaur.

We have 10 facts for you below, including a fact sheet and coloring pages to download and print. As always we start with how to say its name as sometimes dinosaur names can be tricky!

1. How do you Pronounce Amphicoelias?

Amphicoelias is one of the less easy dinosaurs names to pronounce. It has 5 syllables and is pronounced like this. Am – fih – coh – lie – ass

2. How big was the Amphicoelias?

While this is covered in detail in the sections above the Amphicoelias at its largest estimates was suggested to be up to 200 ft long, with a maximum estimated weight of 150 tons. This makes it double the length of an average Blue whale and almost as heavy as one!

3. How heavy was the Amphicoelias?

The largest member of the species Amphicoelias Fragillimus was estimated to weight between 100 and 150 tons ( 220 -300,000 lbs.) this would make it the heaviest dinosaur ever to walk on earth.

4. How long was the Amphicoelias?

Give or take a diplodocus or so, the Amphicoelias length could been between 130 to 200ft. However with the lack of hard evidence, and only 150 year old notes to go from this size is to be taken more as fiction than fact.

5. How tall was the Amphicoelias?

Amphicoelias may have been over 40 ft tall, before it even raised its head. As only one fossil has been found, so estimating anything about a disappearing dinosaur is difficult to do!

You can download our cool Facts about Amphicoelias Fact Sheet from the link below.

6. How Fast Could the Amphicoelias run?

At this kind of suggested size Amphicoelias would not have to run from anything, and if it was similar to other sauropods it would have been walking at around 5 miles an hour, and perhaps slightly higher if the need arose, which would be rarely!

7. Did Amphicoelias Live in Herds?

There Is no evidence that Amphicoelias lived in herds, but there is evidence of other sauropods that did so it is not beyond the realms of possibility. Brachiosaurus is one tha twas thought to be a herd living dinosaur.

8. What Did a Amphicoelias eat?

Amphicoelias was a sauropod herbivore. Eating Leaves and vegetation. At this size it would have had to spend the majority of its life eating and moving to fresh grazing areas.

What was Amphicoelias renamed to?

In 2018 Paleontologist Kenneth Carpenter reclassified the Amphicoelias as a maraapunisaurus, meaning huge lizard. it was also suggested to be not a member of the Diplodocus family but a member of the Rebbachisaurus family.

10. When Did the Amphicoelias become Extinct?

Amphicoelias is only know from a single missing fossil, that was dated to 150 million year ago so it would have likely gone extinct around that time.

11. What predators did Amphicoelias have?

Living during the Late Jurassic period the Amphicoelias would have been living along side the Allosaurus, a feasome carnivore. however at the size it was suggested to be would be unlikely target, even if allosaurus did pack hunt like some scientists have suggested.

12. What does the name Amphicoelias Mean?

The name means double concave or hollow and refers to its bones, or bone as only one was ever found. It is thought if hollow or at least not solid it might explain the massive size they could reach.

13. Did the Amphicoelias Have teeth?

While a skull of an Amphicoelias has never been found assumptions can be made from other sauropods to state that Amphicoelias was very likely to have teeth. Well used teeth as well as at the size it was estimated to be it would have spent most of its life eating!

Dinosaurs coloring pages. you can download from the link below.

14. Where Were Amphicoelias Fossils discovered?

The only fossil of Amphicoelias was discovered near Canon in Colorado in 1877 by Oramel William Lucas,

15. Who named the Amphicoelias?

Although discovered by Oramel William Lucas it was not named by him. It was named by famous apelongtologies Edward drinker Cope in 1877.

If it did exist and was accurately measured then it was simply the largest dinosaur to ever live on Earth, and would challenge for the largest ever animal. The discovery of this is a very big deal in the dinosaur world.

While there is little reason to doubt one of the most respected paleontologists in history, without proof, the bedrock of science, it can not be accepted as fact that this dinosaur was actually this large.

However, while there is plenty written about whether or not the Amphicoelias / Maraapunisaurus lived or existed, there is much less to be found on why the only fossil of what would be the largest dinosaur ever disappeared.

That is the the biggest question for us at least.

Don’t forget to look over the rest of our dinosaur facts pages, our coloring and facts sheets are also free to download. We have popular dinosaurs Like T-Rex and brachiosaurus to some less well known ones that are appearing in the new Jurassic World dominion movies.