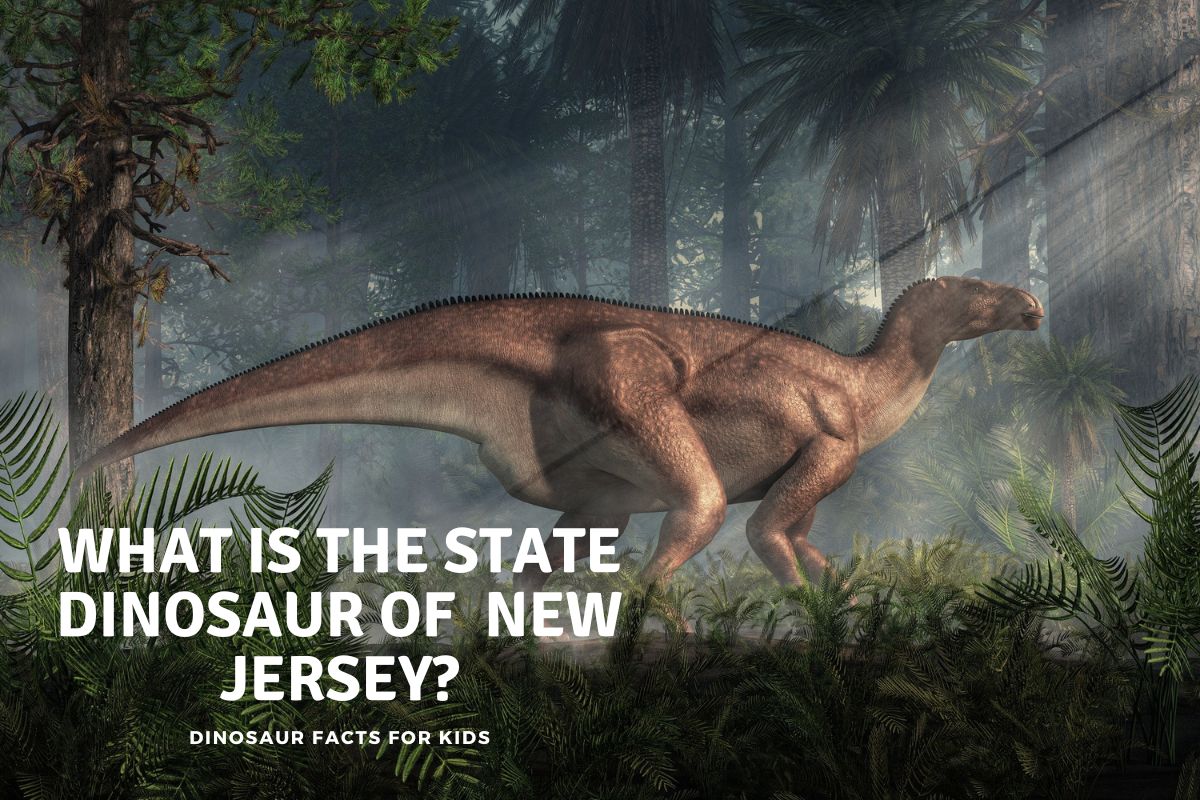 The New Jersey state Dinosaur is also its State fossil. It was an incredibly important discovery back in 1858, and was the first almost complete fossil of a dinosaur ever found. It was also the first to be mounted and displayed. it was named after the location and the man who unearthed it.

Hadrosaurus Foulkii was named as the State dinosaur of New Jersey in 1991. After the efforts of students at Strawbridge Elementary school.  Initially found in the late 1830’s by John Hopkins a local farmer and excavated by William Foulkes in 1858.  It was one of the most complete dinosaur fossils of the time.

The Importance of Hadrosaurus due to both its early discovery and its completeness can not be overstated. it was one of the first reconstructed dinosaurs, and certainly would have inspired the efforts of the later famous palaeontologists to go and search for more dinosaur fossils.

We have some quick facts about the New Jersey State dinosaur, the Hadrosaurus below for you and have included the most important in a table to make access easier as well.

Hadrosaurus resembled an iguanodon type dinsoaur and was a large herbivore that lived in waht is now North America. We have some facts about the Hadrosaurus foulkii below.

Why is Hadrosaurus the State Dinosaur of New Jersey?

The state dinosaur of New Jersey is the Hadrosaurus foulkii. This species of dinosaur was discovered in Haddonfield, New Jersey in 1858 and is known for being the first nearly complete skeleton of a dinosaur to be found in the United States.

The Hadrosaurus foulkii was officially designated as the state dinosaur of New Jersey in 1991. It was a herbivorous dinosaur that lived during the late Cretaceous period, around 70 million years ago.

New Jerseys’ State dinosaur was one of the first complete dinosaur fossils to be found. it was a relative of the more famous iguanodon. Although the name translates as Heavy lizard, it was also named after haddonfield, in New Jersey where it was discovered.

The fossils were actually discovered 20 years earlier, by the farmer who found them, who didn’t realise what he had found and gave some of the bones away. Until he met William Foulkes who realised this could be an important discovery and arranged for the fossils to be unearthed.

it would take over 130 years till the Hadrosaurus foulkii became the State dinosaur of New Jersey When Joyce bErry and her class in Strawbridge Elementary school stated a campaign to get hadrosaurus recognsed as the State dinsoaur.

The governor at the time, Jim Florio, signed the bill in 1991 that gave New Jersey both a state dinosaur and a state fossil.

The original fossilized skeleton of Hadrosaurus is still at the Drexel university Academy of Natural Sciences in New Jersey.

Where was Hadrosaurus discovered?

The fossil remains of the Hadrosaurus foulkii were discovered in Haddonfield, New Jersey, in the mid-19th century. The discovery was made by a man named William Parker Foulke, who was a Philadelphia lawyer and amateur paleontologist.

Foulke heard about the discovery of some strange bones in a marl pit in Haddonfield, and he became interested in examining them. He eventually uncovered the nearly complete skeleton of a hadrosaurid dinosaur, which he named Hadrosaurus foulkii in honor of the location where it was found and his own last name.

The discovery of the Hadrosaurus foulkii was a major scientific breakthrough and helped to establish New Jersey as an important center of paleontological research.

What is the State Fossil of New Jersey?

The state fossil of New Jersey is the Hadrosaurus foulkii, which is also the state dinosaur. This species of dinosaur was discovered in Haddonfield, New Jersey in 1858 and is known for being the first nearly complete skeleton of a dinosaur to be found in the United States.

The Hadrosaurus foulkii was officially designated as the state fossil of New Jersey in 1991. It was a herbivorous dinosaur that lived during the late Cretaceous period, around 70 million years ago. Although excavated and named in 1958, it was actually discovered in the 1830’s.

With Hadrosaurus being both the state fossil and the state dinosaur of New Jersey they really have a superb addition. Early fossil discoveries were so important in those early days of palaeontology and such a find helped to spur on others to find the over 1000 dinosaurs we know of today.

So New Jersey’s State dinosaur is another that came to be because of the actions of children. The choosing and Naming of state dinosaurs, and fossils, is a great way to get young people involved in how legislature works in government and hopefully some of the states that are without state dinosaurs will be changing that by asking their children soon! 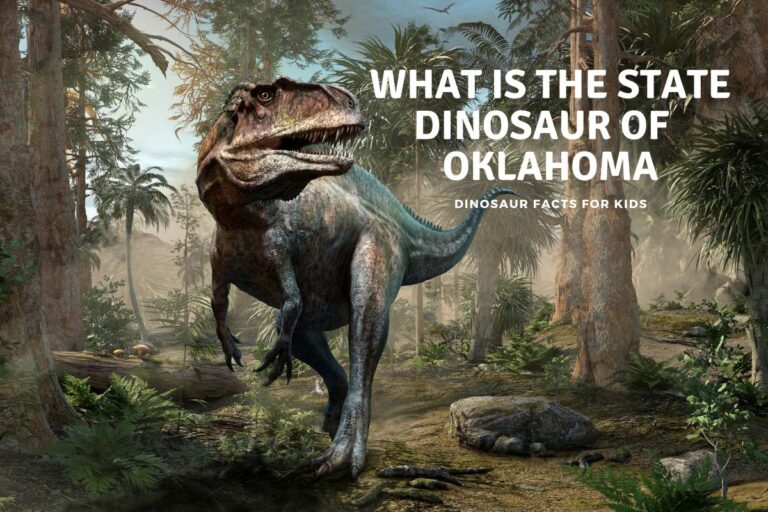