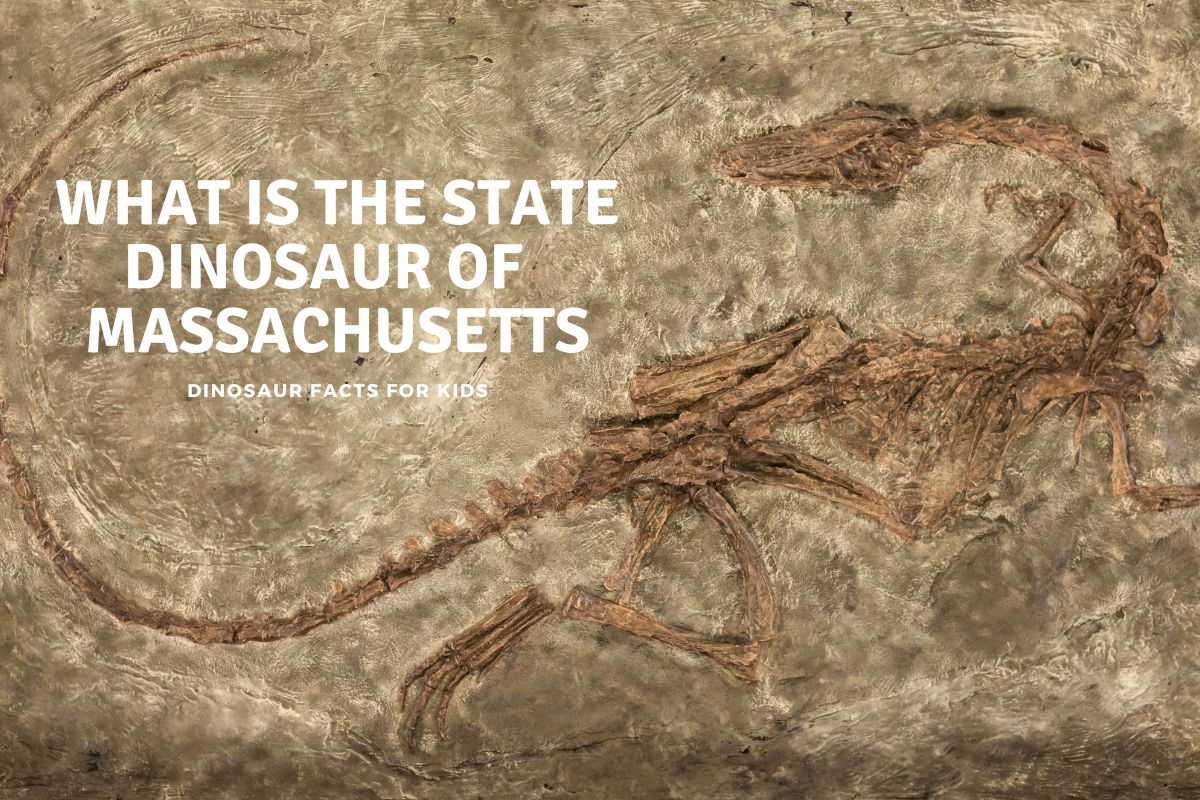 Podokesaurus was named as the State dinosaur of Massachusetts in 2022, joining Dinosaur Footprints as the prehistoric state symbols. Tens of thousands voted in an online poll that asked residents to choose between the Podokesaurus and the Anchisaurus, fossils of which have been found in the state.

The state Dinosaur of Massachusetts managed to win that online poll with over 60% of the vote, and one of the oldest dinosaurs in age, managed to become one of the most recent to become a state symbol.

Podokesaurus: The State Dinosaur of Massachusetts

We have some quick facts about the Massachusetts State dinosaur, the Podokesaurus below for you and have included the most important in a table to make access easier as well.

Podokesaurus is a genus of small, carnivorous dinosaurs that lived during the Late Triassic period, approximately 190 million years ago. Here are a few interesting facts about Podokesaurus:

Why is Podokesaurus the State Dinosaur of Massachusetts?

The state dinosaur of Massachusetts is a relatively new addition to states that have dinosaurs as symbols, being adopted in 2022.

A state representative, Jack Patrick Lewis, suggested a vote between the two confirmed dinosaurs that had been found in the State, the Podokesaurus and the Anchisaurus. The vote was held online and the Podokesaurus won with over 60% of the vote.

The whole idea was started in 2021 as a way to encourage children to become aware and more involved in the legislative process by introducing a bill about dinosaurs. It worked on on May 2nd, 2022 the State governor of Massachusetts signed the bill that made Podokesaurus the state dinosaur of Massachusetts.

The vote had tens of thousands of people take part and was covered in both the state and nationwide media.

Fossil specimens of Podokesaurus have been found in a number of locations in the Eastern United States, including Massachusetts, where it was first discovered in the 1910s.

The first fossil specimen of Podokesaurus was discovered near the town of Holyoke, Massachusetts, in the central to western part of the state. This specimen, which consisted of a partial skull and some limb bones, was discovered in a Hillside on a farm.

it was found by Mignon talbot and her sister who recognised the rocks as fossils. This was an exiting find as although many footprints had been found there were less discoveries of fossils in the area.

Other fossil specimens of Podokesaurus have since been found in other parts of Massachusetts, as well as in other states in the eastern United States, such as New York and New Jersey.

While some of the neck was missing it was still a pretty complete fossil discovery. it was named in June 1911 as the Podokesaurus holyokensis which means fast footed lizard of holyoke. it was the first non bird dinosaur to be named by a woman.

What is the State Fossil of Massachusetts ?

The state fossil of Massachusetts is the dinosaur trackway known as the “Dinosaur Footprints of Massachusetts.” This trackway, which consists of a series of fossilized footprints left by dinosaurs that lived over 200 million years ago, is located in the town of Holyoke, in the western part of the state.

The size of these footprints definitely suggest they were not made by the Massachusetts state dinosaur, or at least not solely by it, as they are much much bigger and it it thought that they are a mix of both smaller planet eating dinosaurs and larger carnivores.

The trackway was designated as the state fossil of Massachusetts in 1980, and it has since become a popular tourist attraction and a symbol of the state’s rich paleontological history.

So the state dinosaur of Massachusetts was chosen through an online poll, and with the noble aim of encouraging children to learn more about a subject they perhaps have slightly less interest in by using dinosaurs it was an exercise well done.

We have to feel for the Anchisaurus and its supporters with the vote being pretty close, at 60-40% but if a lesson in democracy was the aim, then it was a good one! 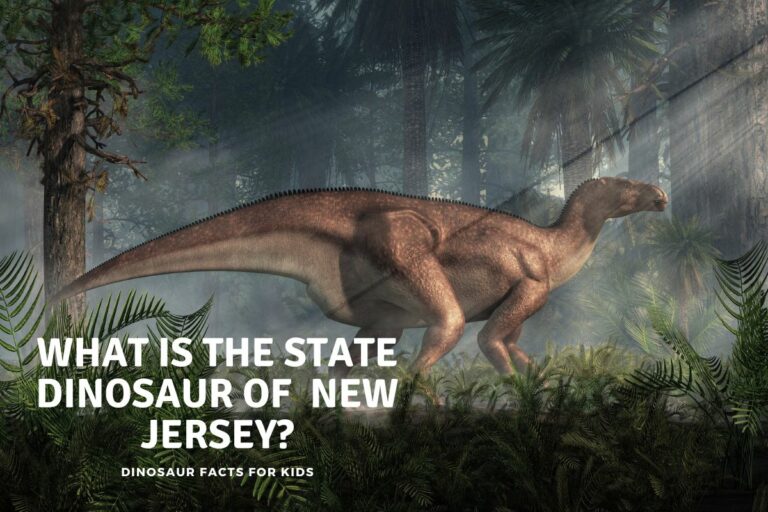 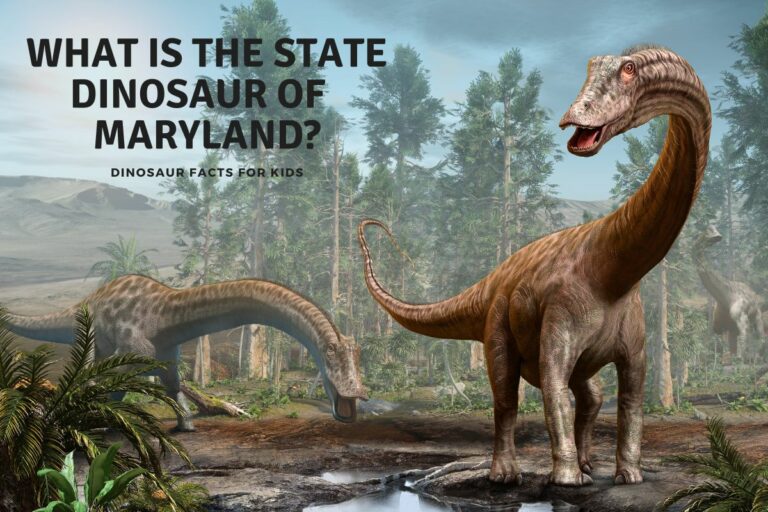 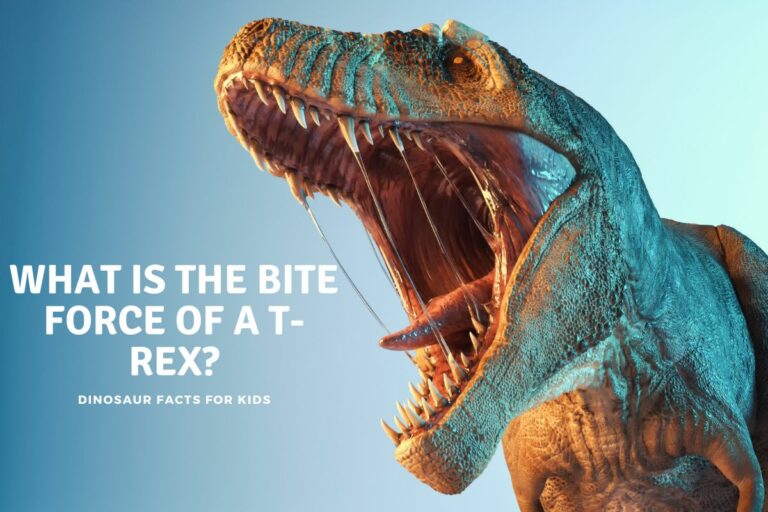