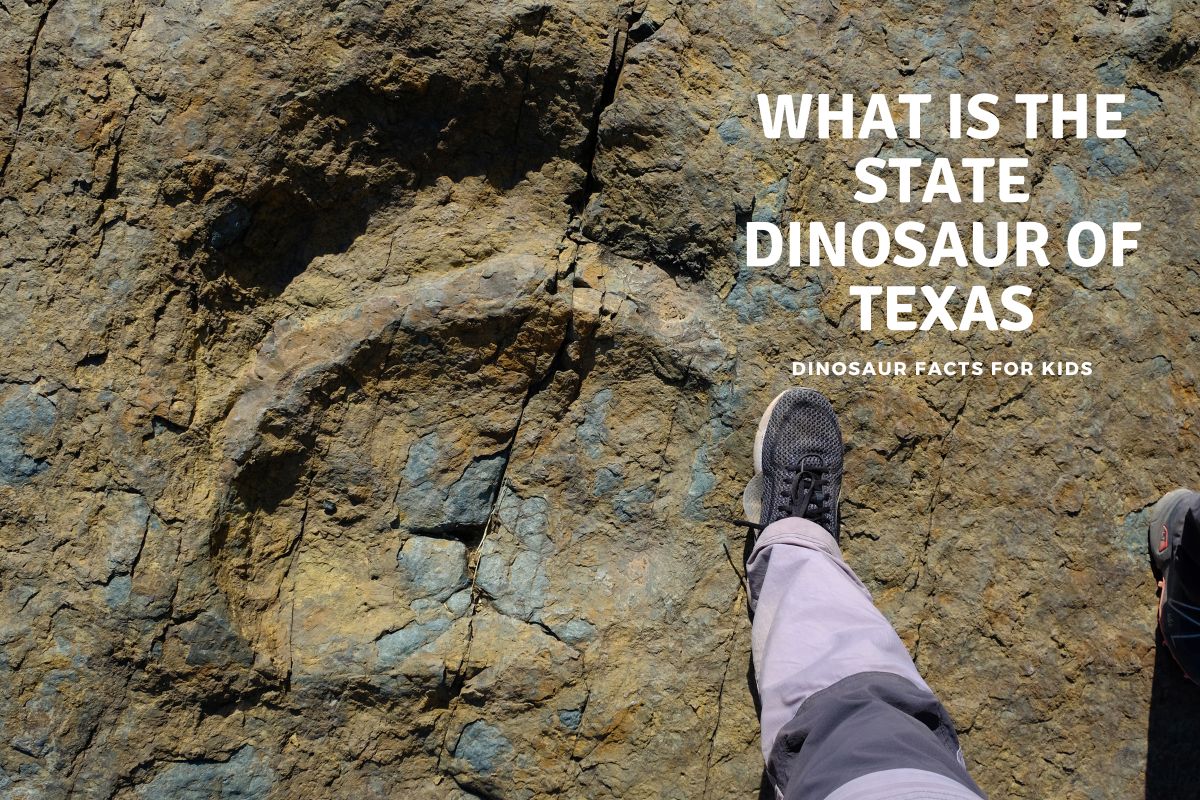 The state dinosaur of texas has a more complicated history than most of the other states that have adopted a dinosaur. It has changed named twice, and been misidentified twice. That journey was worth it when you take a look at the actual dinosaur that was chosen, it was one of the biggest of all time.

Sauroposeidon was named as the state dinosaur of Texas in in 2009. although in that resolution it was known as the Paluxysaurus jonesi . This was later, in 2012, found to be a junior synonym of Sauroposeidon. From 1997 to 2009 the State dinosaur was Pleurocoelus, however the fossils used were identified in error.

So after, Pleurocoelus, then Paluxysaurus, Finally at least for the present, the Sauroposeidon is the state dinosaur of texas, and in the state where everything is just that little big bigger it is a great match. We take a look at it, how it became the state dinosaur and the state fossil, or not as the case may be in the article below.

Sauroposeidon: The State Dinosaur of Texas

We have some quick facts about the Texas State dinosaur, the Sauroposeidon below for you and have included the most important in a table to make access easier as well.

Why is Sauroposeidon the State Dinosaur of Texas?

Although the actual story of why Sauroposeidon became the State dinosaur of texas is a little colorful, the actually naming of the dinosaur has a little history as well.

Texas may not have been the first state to name a dinosaur but it certainly has the biggest, only fitting for a state where everything seems larger! Texas, on paper at least, looks like it just cant make up its mind on what dinosaur it wants. it looks like it has had three in the last 30 years!

Actually it hasn’t but it has had a dinosaur that seemed to have a crisis of identity and changing its name. Prior to 2007 their state dinosaur was actually known as Paluxysaurus Jonesi, however this was thought to be a junior synonym of Sauroposeidon and was changed ( after the usual legislative procedure.

There is more to it than that though, as even before Paluxysaurus, Texas already had a state dinosaur, this one was Pleurocoelus which was actually first found in Maryland in 1858, and at the time not many sauropod dinosaurs were known from fossils in the U.S.A.

So A lot of later sauropod fossil finds were put under this umbrella name, even much larger ones like Sauroposeidon. Just to add confusion to the matter Pleurocoelus was also later renamed to Astrodon – Confused yet? because we are!

So while this initial error was rectified in 2007*** it then turned out that it all likelihood the State dinosaur chosen then, Paluxysaurus jonesi, was actually a smaller and junior Sauroposeidon – still confusing.

Lets make it simple, Sauroposeidon is the State dinosaur of texas and is likely to remain so —- probably!

That procedure actually involved a senator dressing up as a dinosaur!

Unlike the Pleurocoelus (now the Astrodon), which was discovered in Maryland, the Sauroposeidon previously the Paluxysaurus jonesi (CONFUSING we know) is a Texas, well mostly, dinosaur born and bred in Texas, had Texas existed back then of course.

It has also been found on the border with Oklahoma and in Wyoming. The most complete fossils are known from the Twin mountains formation in Texas, and these were the fossils known as Paluxysaurus jonesi at the time. ( later Paluxysaurus jonesi was changed to be a junior version of Sauroposeidon.

So while the name of the state dinosaur of Texas changed, the actual dinosaur didn’t. Well after 2007 at least!!!

What is the State Fossil of Texas?

The state stone of Texas is actually a fossil. it is of a petrified wood called Palmwood. Texas adopted this fossilized wood as its state stone in 1969.

It is not officially a state fossil and Texas, to our knowledge does not actually have one of these yet. But as its fossilized already…. well its half way there.

Texas had chosen its dinosaur a little earlier than most other states.

The story behind the state dinosaur of Texas may be more than a little confusing with all the name changes, and even the change of dinosaur in 2007, but for the last 15 years at least it seems to have been settled.

The sauroposeidon is the state dinosaur of Texas, and with its tremendous size even rivalling Argentinosaurus, it is a fitting dinosaur for the lone star state.