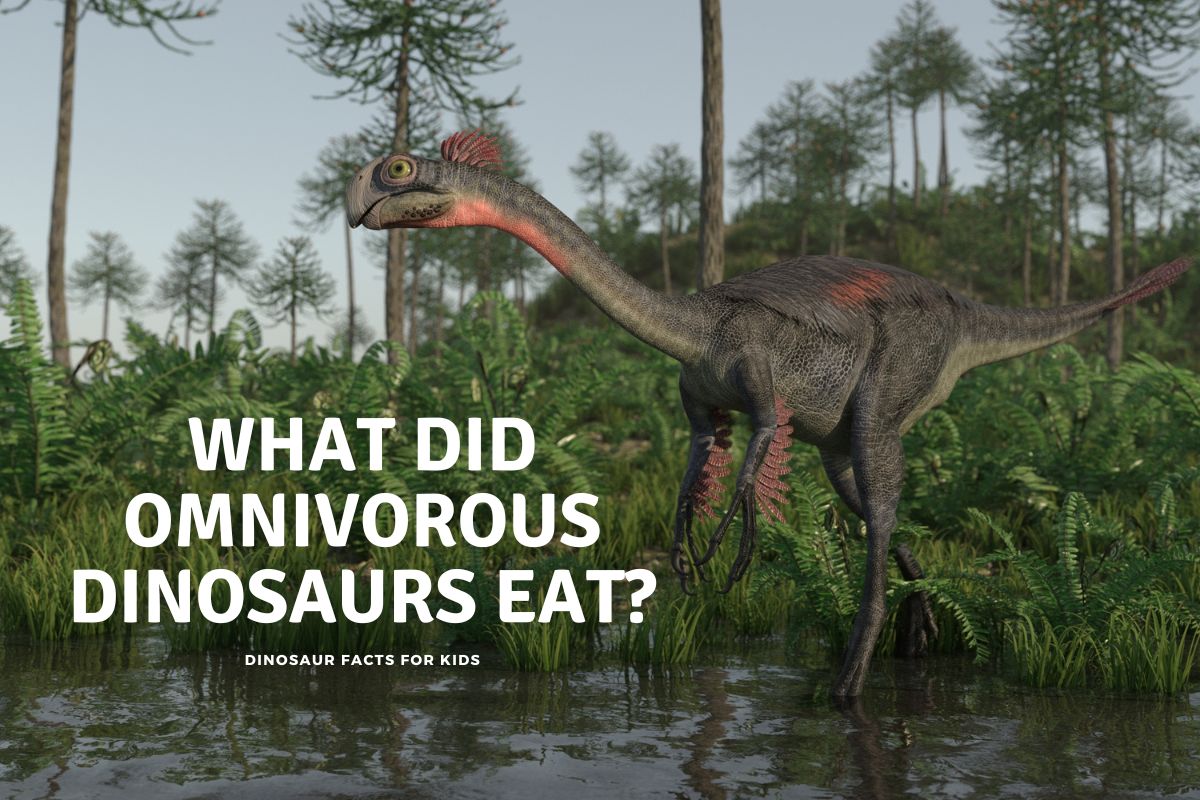 Even though dinosaurs are extinct, their unique and exciting lifestyle still intrigues many. People like to study types, diets, habits, and other certain traits of dinosaurs. While many have their favourites these tend to be the more famous large carnivores and herbivores, so for a change we decided to take a look at the Omnivorous dinosaurs, and answer the question what did they eat!

Omnivorous dinosaurs ate both plants and animals. Their diets could include plants, seeds, insects, lizards, mammals, eggs and smaller dinosaurs. They are recognized by possessing both canine and molar teeth, being, mostly bipedal and the remains of evidence of both plant and animal material in their coprolite (poop)

While herbivores and carnivores became specialized to their diet, and were very successful growing to huge sizes, the omnivorous dinosaurs appeared to be more generalized and with a few exceptions did not grow to the sizes of the largest meat and plant eating dinosaurs. We will take a look at omnivorous dinosaurs’ diets and how scientists gathered this information about their life in the article below.

Paleontologists research the knowledge we no know about dinosaurs through their fossils. They discovered that each dinosaur was unique and possessed different characteristics from the others, although size is the most obvious there were also habitats, abilities and as we look at here, diets that were all very different. As far as dinosaurs’ diet and eating habits are concerned, most of them were herbivores, some were carnivores, and a few were omnivores. We take a look at the actual percentage below.

Omnivore dinosaurs were tough because they could survive in all kinds of conditions and habitats, as an example plenty of omnivorous dinosaur fossils have been found in what is now the Gobi desert, certainly not the the most hospitable of environments. They could eat plants and animals, which was a massive advantage for their longer life span. Since omnivores had an adaptable nature, they lived throughout the world.

These dinosaurs could adapt to their environment and alter their diet accordingly. During the shortage of plants, they survived on animals and vice versa. Omnivores hunted animals although would have likely only tried with animals much smaller than they were like lizards and mammals, and of course the occasional egg!

Here is the list of the diet of omnivorous dinosaurs:

What Percentage of Dinosaurs were Herbivore, Carnivore or Omnivore

In all environments it is generally accepted that there will be a greater percentage of herbivore animals to carnivores. If there are two many carnivores they will eat there way through the plant eating animals and both will end up extinct so the numbers tend to balance themselves out.

in the time of dinosaurs the current estimate of the ratio to carnivore to herbivore is 65% herbivore to carnivore. that means for approximately every 3 herbivores there was a carnivore. Omnivorous dinosaurs are included within this carnivore percentage and make up 1-2% of the total.

You can see more in the table below and you can use and share the infographic on what makes an omnivore dinosaur if needed as well.

We suggest you read the notes below the table as well as the contents for percentage of carnivore to herbivore are somewhat surprising!

As you can see there are many more species of modern animal that are carnivorous than there were dinosaurs, However the figures are open to interpretation. it has been studied by John Wiens, an evolutionary biologist who works at the University of Arizona in Tucson, he studied over 1000 species alive today and their diets to come to the conclusion that currently about 63% are carnivores today with only 32 % of species being herbivorous.

This is on contrast to the current knowledge that 240 to 66 million years ago its was almost reversed. with 33% of dinosaurs being carnivores and 65 being herbivores. The similarity in figures is that omnivorous dinosaurs and modern animals only make up about 1-3% across both the time of the dinosaurs and the modern world.

Reasons given have been that plants although more available require specialised evolutionary traits to digest. The example is given of cows, which have 4 stomachs to help them digest plants.

However in the time of dinosaurs plants were less nutritious, less easy to break down and although some dinosaurs, like ankylosaurus for example, has evolved some specialization beyond just teeth ( they could ferment plants in their stomachs) they still outnumbered carnivore species. The difference is certainly something that needs further research.

What is The Difference Between Carnivore, Herbivore and Omnivore Dinosaurs

Dinosaurs are long gone, but new information and research is continually being found and undertaken. This is how scientists found out about the diets of different dinosaurs

We are going to discuss the factors that led to the discovery of dinosaur diets and how we can classify them as carnivorous, herbivorous or omnivorous:

As you can see from above Omnivorous dinosaurs, and other animals, are somewhat of a rarity . they made up only 1 to 2 percent of dinosaurs and only 1 to 3 percent of modern animals.

We have a list of some well and lesser known omnivorous dinosaurs below.

There are more on this page from the Natural History Museum

Dinosaurs were present in the world during the Mesozoic era when the conditions were quite harsh to live. It could have been extremely difficult for a carnivorous or herbivorous dinosaur to find food in deserts or hilly areas.

Fortunately, omnivorous dinosaurs could eat anything, Although they were not as specialized and herbivore or carnivore dinosaurs, they had more opportunities due to a large range of food they can eat. They also would have been able to feed from the remains of dinosaurs that had died from either another carnivore or natural causes.

They were also, mostly, smaller and would require less food it tough times. There are exceptions to that with dinosaurs like the gigantoraptor and the Melanorosaurus which was a proto Sauropod (an early Sauropod) . Sauropods are of course much better known to be the largest herbivores ever.

Interestingly, most omnivores had both sharp and flat teeth. Their sharp teeth helped them to cut, shred and eat meat, while flat and blunt teeth for grinding and chewing plants. Some omnivorous dinosaurs had no teeth at all. Instead, they used their pointy sharp beaks to tear food and strong jaws to chew.

The digestive system of the omnivore dinosaurs was quite strong, and they could digest all kinds of plants and meat, although later an advantage, at the time more specialized dinosaurs with specialized diets where hugely more common.

Most omnivorous dinosaurs were small, and their smaller size allowed them to roam freely and prey for food easily as we mention above size, as well as speed, can be advantages if there are long periods of drought or less food.

The paleontologists noticed fossils of omnivore dinosaurs spread throughout the world. Since omnivores could survive in harsher conditions, they lived worldwide without worrying about food. They were skillful enough to find their food everywhere; hence it was easier for them to migrate. Frequent migraters, or in other words, we might call them fond of traveling, omnivorous dinosaurs just kept changing their habitat in search of food.

How to Determine Whether a Dinosaur Was Omnivore or Another?

Paleontologists determined the type of dinosaurs by examining their teeth. For chewing and shredding vegetables, they had flat teeth like herbivorous dinosaurs. Moreover, they also studied feces, stomach size, and gizzard stones to gather more information about dinosaurs’ diets.

Yes, as per some studies, dinosaurs drank fresh water. They were fond of water and would regularly drink water to stay hydrated. Carnivores and omnivores used to hunt their prey near water like modern day predators.

How Many Dinosaurs Were Omnivores?

Only 1-2% of dinosaurs were omnivores, which is quite less than herbivores and carnivores. They were a special type of dinosaur that survived on various types of food; hence they were less in number.

In the article above we discussed the eating habits of omnivorous dinosaurs and explained what they were. We looked at what makes a dinosaur an Omnivore and the differences between the three dietary types of dinosaurs.

Omnivore dinosaurs ate both plants and meat, although there were less species of omnivorous dinosaurs than herbivores and carnivores they were widespread and their size and more adaptable diets would be of benefit when there were periods of food shortages. 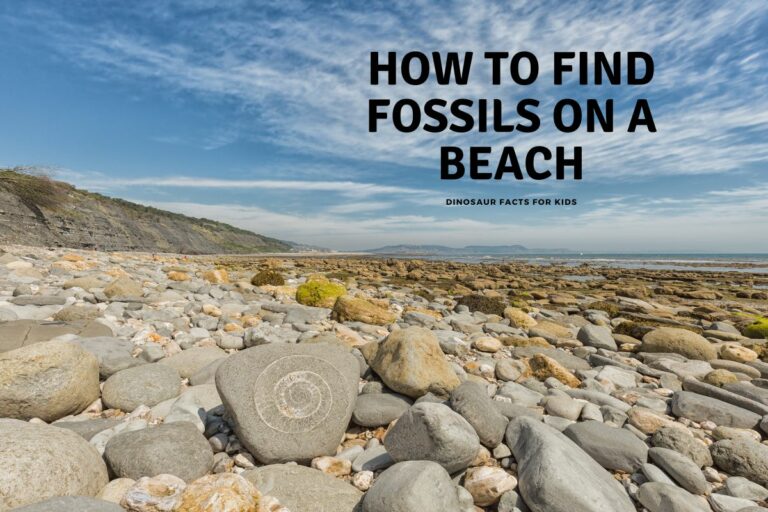