The triceratops was a magnificent dinosaur that right at the end of the Cretaceous period, around 68-65 million years ago. It is one of th emost famous dinosaurs of all time and a firm favorite of children and adults.

We all know about its huge head, three horns and big armoured frill on its neck but do we know why it had them? We have 20 questions and answers about the tenacious Triceratops below!

We have loads of other dinosaurs on the site both facts and question and Answers which you can check out on the list at the top of the page!

How Big was the Triceratops?

1. Triceratops was one of the largest frilled (Ceratopsian) dinosaurs, it could be up to 30 ft long and from 5,000 to 9,000 lb in weight, that is as heavy as an elephant or two. Its large size made it unmanageable for medium predators but was still at risk from the largest carnivores like T-Rex and Allosaurus.

What did Triceratops use its Neck frill for?

2. Triceratops had a large, bony frill on its head, which was used for multiple purposes. It was large enough to protect the neck from the bites of predators. It was likely used to attract mates and put on displays like animals today.

How long were a Triceratops horns?

3. The three horns that a Triceratops on its head could be over 1.2 metres on a full grown adult. Although around 1 metre (3ft) was more common. The nose horn was considerably smaller and grew to about 12 inches long. ( 1 feet)

What does a Triceratops’s name mean?

Triceratops name means “three horned face” and you can see why it was called this. It was named by O.C. Marsh back in 1889 who named quite a few different dinosaurs back in the 19th Century. The name comes from the Greek language.

What did Triceratops eat?

Although the mouth of a triceratops looked a little like an eagle or other bird of prey, it did not eat meat. Triceratops was a herbivore, which are animals that eat only plants, bushes, trees and shrubs.

We have 20 triceratops facts you can check out here and 20 of which we have made into a printout to use for free. Check out the link below.

When Did the Triceratops Live?

The triceratops was alive during the late Cretaceous period, which was around 68-65 million years ago,it was prey for the tyrannosaurus Rex which was alive at the same time. It was one of the last dinosaurs to become extinct during the aftermath of the K-T asteroid and following climate change event.

Where can you find Triceratops Fossils.

.Although you can find the fossils still in the ground in Europe and in the USA it is also possible to own one, although not the very expensive full skeletons or heads as they can cost 8 million dollars. However pieces of triceratops bones or teeth for much less.

The teeth are reasonably common as the triceratops had over 800 of them that were constantly replaced as they became worn out!

How Big was a Triceratops Head?

The triceratops has a huge head, one of the biggest ever records from any land animal. Including the large frill at the back of its head it could be up to 2.5 metres, or over 8ft long! and it wasn’t just long, The triceratops head could be up to 7ft wide. So if you are thinking of owning a fossil then maybe just a tooth or a bone would be better!

What Movies has the Triceratops been in?

In almost any dinosaur movie you will see a Triceratops in some scene. it has been in the Jurassic Park and World series very regularly. In the first movie however, it featured mainly as being a sick dinosaur!

The newer movies have featured family members of the Triceratops including the Nasutoceratops in the newest movie Jurassic World Dominion.

Although Triceratops was too big for smaller predators like velociraptor, unless they were babies, it did not mean they lived without risks. The larger predators like T-rex, Albertosaurus and Spinosaurus – although Spinosaurus was likely a fish eater more than a large dinosaur hunter.

Scientists actually discovered that Tyrannosaurus ate triceratops by studying T-Rex poop and finding the bones from the frill of the Triceratops inside!!

How Many Teeth did the Triceratops Have?

Triceratops was a very toothy dinosaur indeed! Although it didn’t have the most teeth of any dinosaur that seems to the the Nigersaurus with 1000, it did have 800 of them in its large mouth and they were replaced when they were worn out. These teeth grew in something called batteries, and each battery have 36-40 columns of 5 teeth!

When was Triceratops Discovered?

When a skeleton of Triceratops was first discovered it was mistaken for a large prehistoric bison. However after a second skull was found it was recognised and named as a dinosaur by O.C. Marsh. O.C. Marsh was a famous paleontologist who named over 30 different species of dinosaurs during his life.

How Fast Could a Triceratops run?

I guess this would depend if there was a T-Rex behind it or not! However, the Triceratops was not built for speed, at least over distance. It was a stocky heavy animal and even though it had think legs it is likely to have moved pretty slowly.

When needed to run though, the best estimates and from about 13-20 miles an hour which is 20 to 32 Kilometres per hour. It is not expected it could maintain these speeds for long distances though.

Did Triceratops live in Herds?

Although there is not mountains of evidence that triceratops lived in large herds there has been recent evidence ( in 2020) that suggests that they lived in groups, maybe not massive herds that all the movies show. Until more fossils are found though the answer is we don’t know for certain.

Which US State has the Triceratops as its Official Dinosaur.

Wyoming has the Triceratops as its official dinosaur. Hells Creek Formations are found in Wyoming, the Dakotas and Montana and considerable Triceratops fossils have been found here.

How Much is a Triceratops Fossil?

The most expensive triceratops fossil was sold in october 2021 and was a full Skeleton of a triceratops, named Big John. It was sold for 8 million US dollars. If you wanted to own a Triceratops fossil you can find teeth for sale, and pieces of their bones for much much less money though. Usually a few dollars.

How Long Did Triceratops live?

The top Estimate, because we don’t know for sure, for the lifespan of a triceratops is at 50 to 60 years. As a rule of thumb herbivore dinosaurs lived for longer than the predators that hunted them buy almost double With really large dinosaurs being ages at up to 80 years old, scientists estimate that Triceratops lived to about 50 years or so if in good health.

When Did Triceratops go Extinct?

The K-T Asteroid hit caused massive climate change around the world and was the cause of 70% of the worlds animals, at the time dinosaurs, to go extinct. This happened about 65 million years ago.

Triceratops legs were a little like elephants legs. The back legs however, were longer than the front legs. THey were pretty thick and built more for ambling around that speed!

Scientists believe that all dinosaur baby came from eggs. A triceratops egg is likely to have been about 8 inches long which for an egg is pretty big! The biggest egg however was from the Macroelongatoolithus which was a large theropod. These eggs were 2ft long!

The triceratops is a firm favourite dinosaur for many people old and young. There is plenty we do know but, as with most dinosaurs, a lot more we don’t know. If you have any questions you can put them at the bottom and we can try to answer them,

If you want to know some other facts you can head over to our triceratops fact pages right here.

If you want some more Dinosaur facts you can check out our other articles here, and our questions and answers articles here as well. 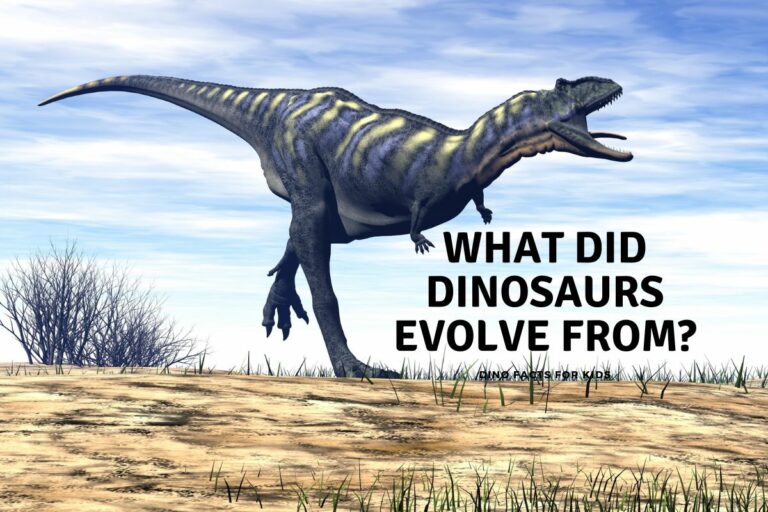