Bigger, more teeth, and longer, the giganotosaurus was a huge predator that was likely longer than Tyrannosaurus Rex. Only recently ( for a dinosaur) discovered in argentina it would have hunted sauropods and long necked dinosaurs for food. Possibly in packs.

Giganotosaurus was the apex predator of its era, growing up to 40 ft long, weighing 20,000 lbs or more it was one of the largest carnivorous dinosaurs ever. It had shark like teeth and therefore belonged to the Carcharodontosaurid family of dinosaurs and was discovered in 1993 in Argentina.

With it being more recent and with a lack of fossils to learn from means there is still so much to learn about the giganotosaurus, but we have some questions and answers below covering what we do know about this shark toothed dinosaur.

Don’t forget to check out our dinosaur facts pages, together with printables sections to make your own dinosaur collection. We also have fossils and other dinosaur links at the end of these 20 questions and answers about Giganotosaurus.

How Big was the Giganotosaurus?

The giganotosaurus was one of the largest carnivorous dinosaurs to walk the earth, along with T-rex and Spinosaurus. It was up to 40 feet long maybe even longer and could weigh over 20,000 lbs This would make it even bigger than T-Rex.

We are not 100% on its full size as only a few fossils have ever been found. However, we certainly know it was BIG!

How Big was the Giganotosaurus head?

The giganotosaurus had a very large skull could grow to over 6 feet long. The head had powerful jaws and razor sharp teeth that could easily tear through meat. There are estimates that the average head size was just over 5 ft long.

How fast was the Giganotosaurus?

The giganotosaurus had incredibly strong legs and before 2017 it was thought it might be quite a fast runner. However, a study in 2017 on T-Rex suggested these dinosaurs were so big that it would be difficult to run fast without causing damage to bones.

This study suggested this would be the case for most large carnivorous dangerous like Giganotosaurus, Mapusaurus and others. Another study then suggested that the long heavy tail would have allowed it to run reasonaly fast. SO the simple answer is …. we don’t know!

If the giganotosaurus was a fast and agile runner, it is estimated to have been able to run at about 30 miles and hour or 50km per hour. However as we mentioned above this is not agreed by scientists.

What did the Giganotosaurus eat?

The giganotosaurus was a carnivorous dinosaur meaning it ate meat. Currently it is thought, as giganotosaurus fossils have been found next to fossilized sauropods (long necked dinosaurs) that is may have preyed on them. Maybe even as part of a pack hunt.

How many Fingers did the Giganotosaurus have?

The giganotosaurus, like the Tyrannosaurus Rex had two fingers on each hand and three toes on each foot. The fore limbs were small and would have not been much use in hunting or fighting, however the hind legs were very thick and strong.

Was the Giganotosaurus a carnivore?

The giganotosaurus was an carnivore, meaning that it ate meat. It has been found next to sauropod fossils. The giganotosaurus may have hunted the large sauropods like argentinosaurus and titanosaurus which were huge bite marks have been found in the fossils of these animals.

When was the Giganotosaurus Discovered?

The giganotosaurus was found in 1993 in argentina, luckily about 70% of the fossilized skeleton has been discovered giving us a clearer picture of what it looked like and how it behaved.

What Dinosaur family did Giganotosaurus belong to?

Giganotosaurus, is a member of the Carcharodontosauridae (shark toothed dinosaurs) family. Others in the family are Neovenator and Mapusaurus. This is named as their teeth have close serrations (like a saw) similar to sharks. It may not have had longer teeth than a T-Rex but they were still scary looking!

When Did the Giganotosaurus live?

The Giganotosaurus lived about 100-96 million years ago. This was during the Cretaceous period,

Where was the Giganotosaurus discovered?

The giganotosaurus was first discovered in Patagonia, Argentina in 1993, and was named in 1995.It was found by Ruben Carolini while he was riding a dune buggy! when he spotted a leg bone in the dirt.

What did the name Giganotosaurus mean?

The giganotosaurus name means “giant southern lizard” It as named as it was found in South America, in the southern hemisphere.

Was the Giganotosaurus Clever?

It is unlikely that the giganotosaurus was particularly clever for a dinosaur. Its brain was quite small, and shaped like a cucumber. It was not as big as the T-Rexs brain.

How long were the Giganotosaurus teeth?

The giganotosaurus had teeth smaller than a T-Rex but still as long as 8 inches (20cm) These teeth were sharper though, and had lots of serrations along them to help them cut through meat.

Was the Giganotosaurus a Pack Hunter?

Although we don’t know for sure he giganotosaurus might have hunted with others of its species to help it attack larger prey. Mapusaurus is a family member of giganotosaurus and there is fossil evidence that shows it may also have hunted in packs.

Who would win in a fight between Giganotosaurus and Tyrannosaurus Rex

The giganotosaurus can be seen In Jurassic World Dominion both in the prologue where it fights a T-Rex, you can watch this on Youtube. These two dinsaours did live on different continents and were 30 million years apart so this fight could never have happened for real.

However, if it ever did, it all reality it is likely that the T-Rex would win, it had a much large bite force and was much cleverer. unless….the giganotosaurus did hunt in packs.

Did the Giganotosaurus have a good sense of smell?

Did the Giganotosaurus walk on two legs?

The giganotosaurus walked on two legs, like other large carnivores, it had small forearms that would not have supported its weight.

Was the Giganotosaurus warm blooded?

The giganotosaurus was warm-blooded. the scientific term is homeothermic and it means they kept a stable core body temperature. Scientists actually think that is was likely that dinosaurs were kind of a half way house between mammals and reptiles.

How do you say “Giganotosaurus?“

We actually have a whole resource on popular dinosaur names and how to say them with a printable sheet for you to practice. You can access that in the link below, but on how to say giganotosaurus you can see here. Giganotosaurus is pronounced like this –Gig-a-no-toe-saw-rus with 6 syllables.

Giganotosaurus was a huge dinosaur, likely bigger than a full grown T-rex. it only loses out to the T-Rex in popularity to the much later discovery in 1993. Its appearance, perhaps with a little artistic license, in the Jurassic World Dominion movie will go some way of addressing that and bring this awesome predator some much needed attention.

Hopefully you have learnt a little more about giganotosaurus and these questions and answers have been use ful. if you want to know some more facts about this and other dinosaurs you can check out the links at the top and bottom of the page or even put the name of your dinosaur into the search at the top.

Don’t forget about the printables we have on the site so you can download and keep these dinosaur facts ina collection. 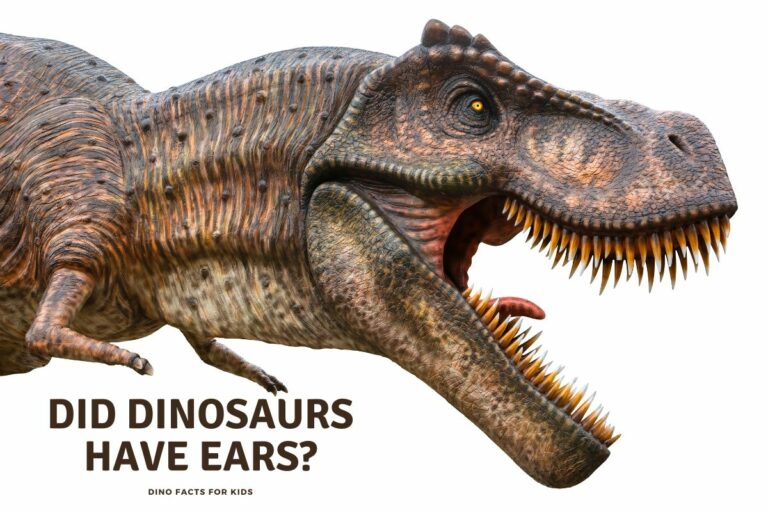